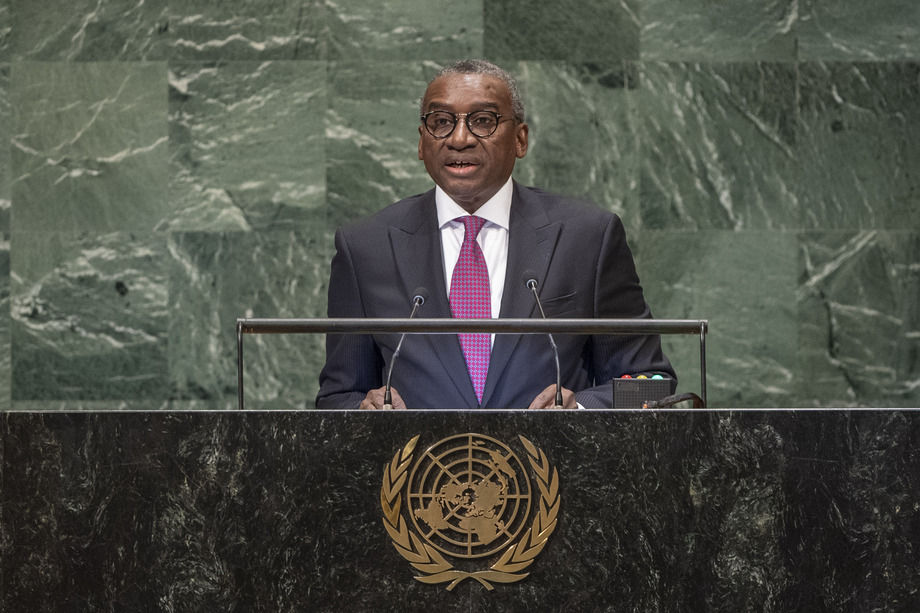 SIDIKI KABA, Minister for Foreign Affairs of Senegal, said he believed the theme of this year’s session was timely, relevant and provided an opportunity to take stock of collective action, especially in light of current global challenges that needed multilateralism to find solutions.  The United Nations is the embodiment of multilateralism and is the only forum where solutions can be arrived at as a common global family.  However, he noted that there is a rising tide of pessimism and some accuse the United Nations from deviating from its Charter.  Against this backdrop, it must be proven the United Nations is a vital platform for international affairs.

To render the Organization more effective it was essential to overcome ideological differences while promoting sustainable development and a world free of poverty, he said.  He noted that sustainable development must be achieved in all facets — economic, social and political — and this must be the international community’s driving force.  In this same vein, it is of paramount importance to finish the Doha Round to create mutually beneficial trade rules and set a fair price for commodities.  Moving on to the issue of climate change, he remained committed to the Paris Agreement.  More financing is needed for the Green Climate Fund; this will ensure that States can deal with climate change.  In addition, it would be beneficial to strengthen international law in this field.

He noted the need to complete reform processes as well as the need for  political will to ensure the United Nations can adapt to the new global political arena.  In addition, he highlighted the fact that Africa lacks a permanent seat on the Security Council.  Moving on to other issues, he said the adoption of a global compact on migration was more necessary than ever before, especially because migrants comprise 3 per cent of the global population.  Highlighting the attention given to the situation of women and girls, he noted his country’s robust plans and goal to emancipate women and girls.  Of importance is the issue of water, as Senegal will host the World Water Forum; it is involved in numerous other water-related initiatives, including the United Nations Water Task Force on Climate Change.

He underscored that the United Nations represents the deepest desires of humankind and has historical responsibilities.  In closing, he said:  “I wish to echo the rallying cry of Kofi Annan, who said the United Nations was important only as it could solve humankind’s problems.  I urge the international community to be rallied permanently in achieving a better world for all.”