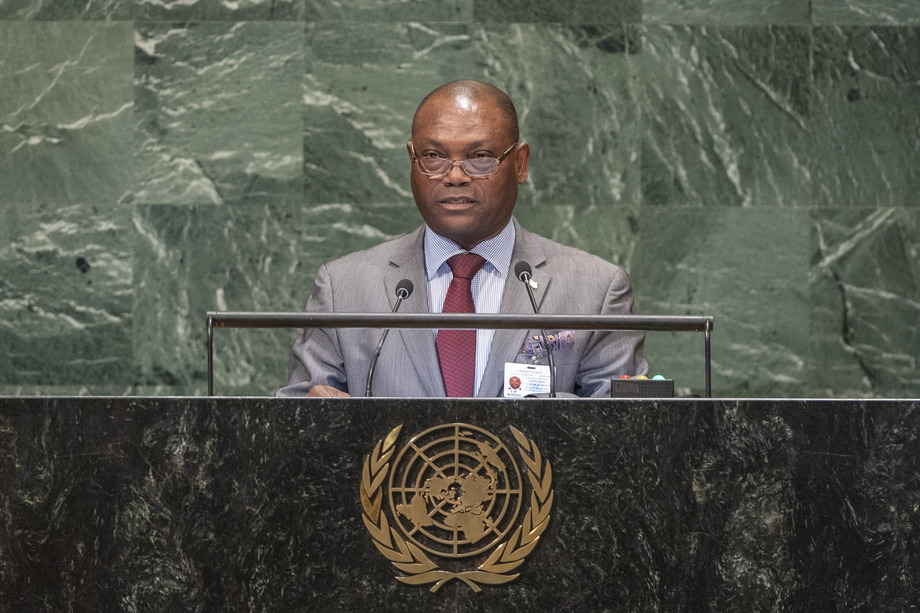 URBINO JOSE GONCALVES BOTELHO, Minister for Foreign Affairs of Sao Tome and Principe, said the United Nations must manifest itself in fostering dialogue among nations and promoting concerted policies to address the migration crisis.  He appealed to Member States to continue efforts to resolve tensions and conflicts around the world, particularly in the Central African Republic and the humanitarian crisis there.  He saluted Guinea-Bissau and the Democratic Republic of the Congo on the upcoming elections in those countries and noted the positive steps towards reconciliation in Ethiopia and Eritrea, and in South Sudan.  He supported the efforts of the Secretary-General and his Special Envoy to relaunch the political process concerning Western Sahara based on the parameters set by the Security Council in 2007 and welcome the adoption of Council resolution 2414 (2018), which calls for a political, pragmatic, realistic and long-lasting solution for the dispute.

He called for the continuation of negotiations in the Middle East and the normalization of relations between the United States and Cuba so the embargo on the latter may be lifted.  He regretted terrorist acts around the world and condemned the acts of Boko Haram in Nigeria, which undermined the development and security of the entire Gulf of Guinea.  He reaffirmed his country’s commitment to collaborate with regional and international partners to eradicate terrorism.

Turning to climate change, he said global efforts must continue under the auspices of the United Nations Framework Convention on Climate Change and put into practice the provisions of the Paris Agreement.  He looked forward to the next Conference of the Parties (COP 24) in Poland to continue the dialogue and move forward to implementation.  Achieving the Sustainable Development Goals will require the support of specialized United Nations agencies, he said, also highlighting and welcoming the efforts of the African Union in the implementation of the inclusive Agenda 2063. He noted his Government’s efforts to achieve both the Sustainable Development Goals and Agenda 2063, calling both the United Nations and the African Union important bilateral partners.

Looking forward to his own country’s upcoming elections, he invited the international community to join as independent observers to witness the strength of his country’s democracy.  Sao Tome and Principe must assume its leadership role in the congregation of efforts for the development of all peoples, he concluded, reaffirming his country’s commitment to the ideals of peace and fraternity among people.