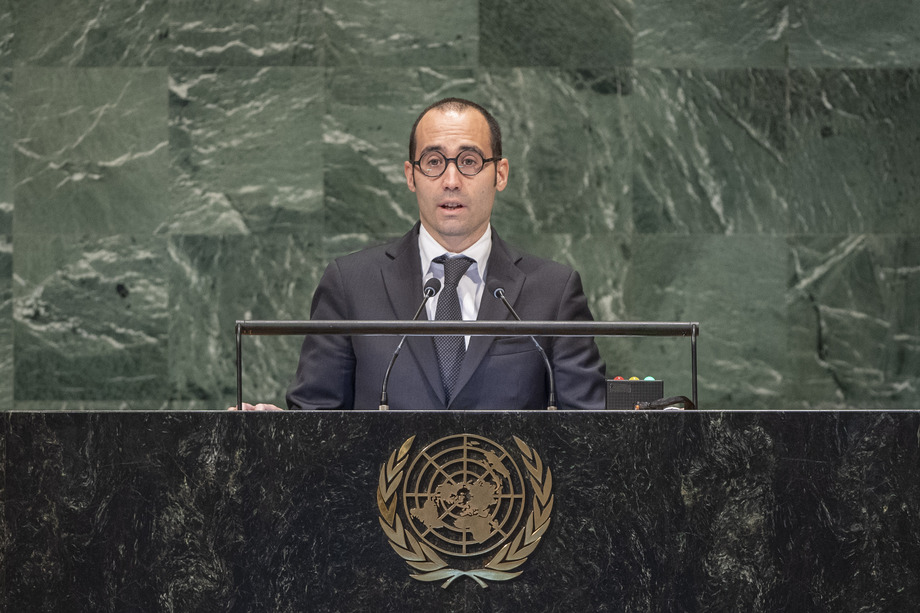 NICOLA RENZI, Minister for Foreign and Political Affairs of San Marino, said global developments are putting multilateralism at risk at a time when Member States must work together to adopt common and coordinated policies.  San Marino believes that the United Nations — with its deeply democratic nature, its universal participation and its undisputed legitimacy — must increase its leadership role in managing global governance.  He reiterated his country’s support for the Secretary‑General’s reforms, saying they will strengthen the Organization’s ability to produce more concrete results.

The Security Council’s inability to intervene in Syria and other conflict areas has undermined the United Nations’ credibility, he said, reiterating San Marino’s position that permanent members not use their power of veto in decisions involving genocide, crimes against humanity and war crimes.  Emphasizing the relationship between peace and development, he said there remain strong inequalities in the implementation of the 2030 Agenda, within and between countries.  The principle of leaving no one behind requires specific measures to support those living in vulnerable situations.

He emphasized the need for children to grow up free of all forms of abuse and exploitation, as well as the importance of respecting international humanitarian law and human rights law in conflict situations.  Gender equality must be translated into equality in educational opportunities, particularly in scientific areas.  He added that San Marino is contributing at the international level to efforts aimed at combating the increasingly dangerous phenomenon of fake news, which is deceptive, uncontrolled and liable to incite hatred and to nurture prejudice.

As well, persons with disabilities and the elderly must be guaranteed full participation in social, economic and cultural life, he continued.  Climate change is a global problem that needs globally coordinated solutions, including more international cooperation to help developing countries move towards a low‑emission economy.  He added that implementation of the Global Compact for Safe, Orderly and Regular Migration — “a clear example of what multilateralism can do” — will bring greater security, order and economic progress to the benefit of all.