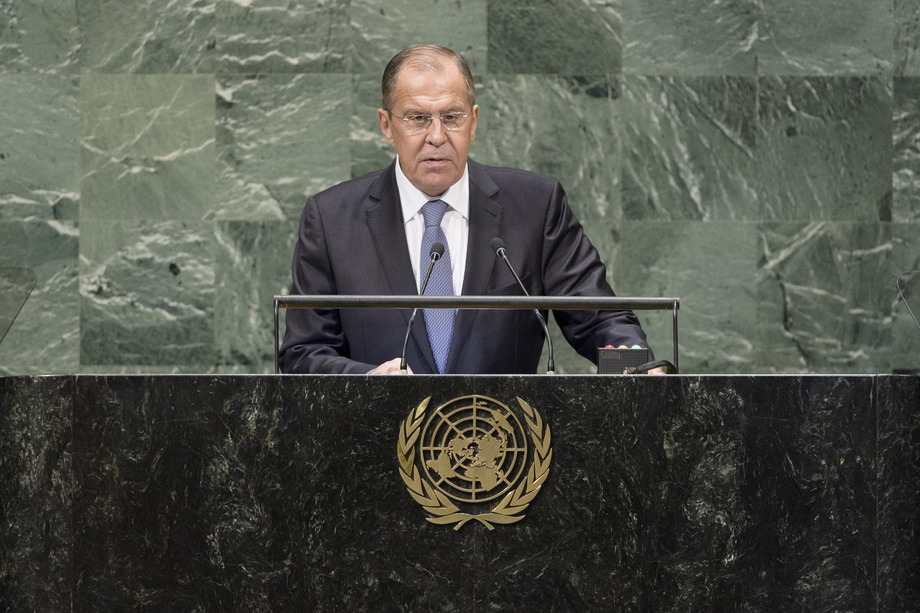 SERGEY V. LAVROV, Minister for Foreign Affairs of the Russian Federation, said that, on one hand, there is the strengthening of the steady development of new centres of economic growth, and the aspirations of people to preserve sovereignty and choose development models that are consistent with their national, cultural and religious identities, among others.  On the other hand, several western States want to retain their self‑proclaimed status as world leaders.  These Powers do not hesitate to use any methods, including political blackmail, economic pressure and brute force, while calling into question the legal validity of international treaties.  Such Powers declare the priority of self‑serving unilateral approaches over decisions taken in the framework of the United Nations.  Attacks have been launched against the basic principles of the Middle East settlement, the Joint Comprehensive Plan of Action, the commitments within the World Trade Organization framework and many more.

Commenting on the situation in the Middle East, among other things he stressed that the seven‑year conflict in Syria is a failed attempt of a regime‑change orchestrated from the outside which, relying on the extremists, has almost resulted in the disintegration of the country and the emerging of a terrorist caliphate instead.  The energetic actions by his country in response to the request of the Syrian Government, supported by the diplomatic steps in the framework of the Astana process helped to prevent this fatal scenario.  The Congress of the Syrian National Dialogue, initiated by his country, Iran and Turkey has created the conditions for a political settlement on the basis of Security Council resolution 2254 (2015).  This is the basis for the “Inter‑Syrian Constitutional Committee” that is currently being established in Geneva.  Its agenda includes the restoration of destroyed infrastructure to facilitate the return of millions of refugees to their homes.

The growth of radical nationalism and neo‑fascism in Ukraine, where criminals who fought under SS [Nazi Germany’s Schutzstaffel] banners have been declared heroes, is one of the main factors in the protracted intra‑Ukrainian conflict, he continued.  The only way to settle the conflict is to ensure a comprehensive and consistent implementation of the Minsk Package of Measures approved by the Security Council.  His Government supported the activities of the Organization for Security and Co-operation in Europe (OSCE) Mission in Ukraine and is ready to provide its observers with United Nations protection.  Instead of implementing the Agreements, Kyiv holds on to the hope that it might be able to bring occupying forces to Donbass with the support of the West.

It has been 20 years since his country initiated the discussion on cyberspace abuses and international information security at the United Nations, he recalled.  Against the background of recent developments, it is becoming even more relevant to elaborate under the auspices of the United Nations a set of global norms of responsible behaviour of States in the information space, including the principles of non‑use of force, non‑interference in internal affairs, and respect for State sovereignty.