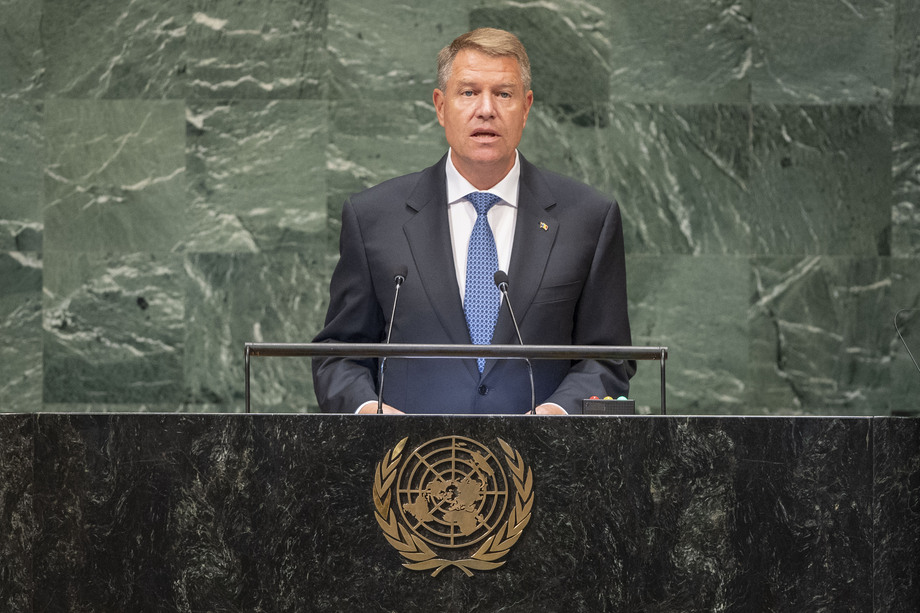 KLAUS WERNER IOHANNIS, President of Romania, noted the reasons the United Nations has to celebrate this year, as both the Universal Declaration of Human Rights and the International Law Commission turns 70 years old.  “These anniversaries are a reminder of our political determination to stand up for our fundamental rights and law,” he said.

In addition, Romania adopted the 2030 Agenda for Sustainable Development, he said, will host a regional conference on the 2030 Agenda, where countries will share lessons learned.  In addition, the Global Compacts on Refugees and on Regular Migration will generate a common approach on migration and displaced persons at a global level.  The United Nations Global Counterterrorism Strategy remains paramount.  “We can do more,” he said, adding that the next months will be decisive for United Nations reform.

As the next President of the European Union Council in the first half of 2019, Romania will work with determination to strengthen that bloc’s partnership with the United Nations.  Speaking about the need for engagement, he noted that, “we have to reach out to our younger people, representatives of the civil society, journalists, and business people”.

He also highlighted Romania’s run for a non-permanent seat in the Security Council for the 2020‑2021 term.  That chamber could play a more prominent role in addressing more factors that impact peace and security, such as climate change.  On that note, he said that, ahead of the preparation of the Secretary‑General’s climate summit next year, Romania will host an international conference on building resilience to natural disasters, which is a platform to exchange views on how to assess and address more effectively climate-related security risks.