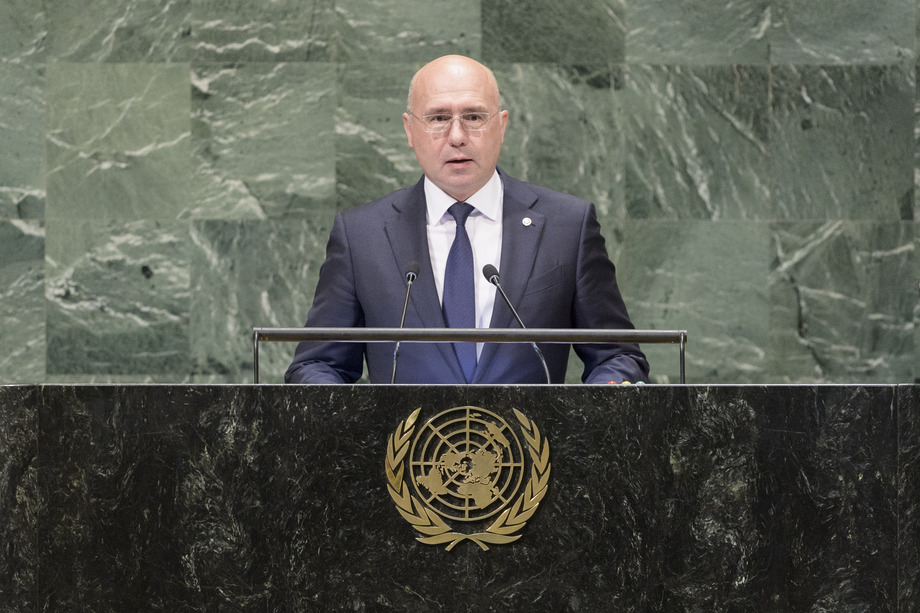 PAVEL FILIP, Prime Minister of the Republic of Moldova, welcomed the reforms of the Secretary‑General in the face of current global challenges and transformation.  By repositioning the United Nations development system, they will be effectively contributing to the implementation of the 2030 Agenda, a United Nations milestone.  For the reforms to yield results, transparent and constructive dialogue between United Nations management and Member States will have to be sustained, he stressed, arguing the private sector will also need to be more actively involved in achieving sustainable development at the global, regional and national levels.

His vision for a new development strategy called “Moldova 2030”, including the Moldova–European Union Association Agreement, focuses on well‑being and human rights, environmental protection and cultivating an inclusive society.  Concerns such as improving road infrastructure; connectivity and mobility of people; goods and services; innovation and technology; and the elimination of corruption are part of a recent ambitious national programme, he said, noting the agreement with the European Bank for Reconstruction and Development towards the integration into the European energy market.  Energy independence is crucial for his country’s social stability, he added.

While pointing out the persisting deficiencies in United Nations security, he emphasized that efficiency and relevance of the Organization can be fully achieved only through internal restructuring of its Secretariat.  He regretted the delay of reforms in the Security Council, given its inability to take effective measures in violent conflicts around the world, thus raising a legitimate question about its relevance as a decisional organ for international security.  He also advocated for the allocation of an additional non‑permanent seat for the Eastern European group of countries.

Referring to challenges to sovereignty, territorial integrity and national security, he highlighted the continued presence of the Russian military forces and armaments on the territory of the Republic of Moldova as a grave breach of international law and the United Nations Charter.  He welcomed an Assembly resolution stating the Russian Federation’s non‑compliance to withdraw its military forces as a clear violation of sovereignty and territorial integrity of his nation.  The joint military exercises of the Operational Group of Russian Forces, illegally on Moldovan soil, violate the 1992 Moldovan‑Russian Ceasefire Agreement, he stressed, noting that the increased exercises undermine international efforts aimed at the peaceful resolution of the protracted Transnistrian problem.  In addition, he expressed deep concern that these exercises run contrary to the Russian Federation’s obligation in the framework of the “5+2” international settlement format, appealing to Moscow to discontinue those illegal and provocative activities and to resume unconditionally to withdraw its troops in line with the 1999 Istanbul Summit Outcome Document.

Turning to the application of the Association Agreement with the European Union, he expressed his aim to bring his nation closer to the European Union and ensure the sustainability of the modernization process, pointing to many collaboration opportunities within the Eastern Partnership such as free trade zones, political dialogue and intersectoral cooperation.  He stressed that economically the Association Agreement is a big step forward with the European Union being the main trading partner, adding that its implementation is the best and most viable option towards delivering prosperity and sustainable development to the Republic of Moldova.