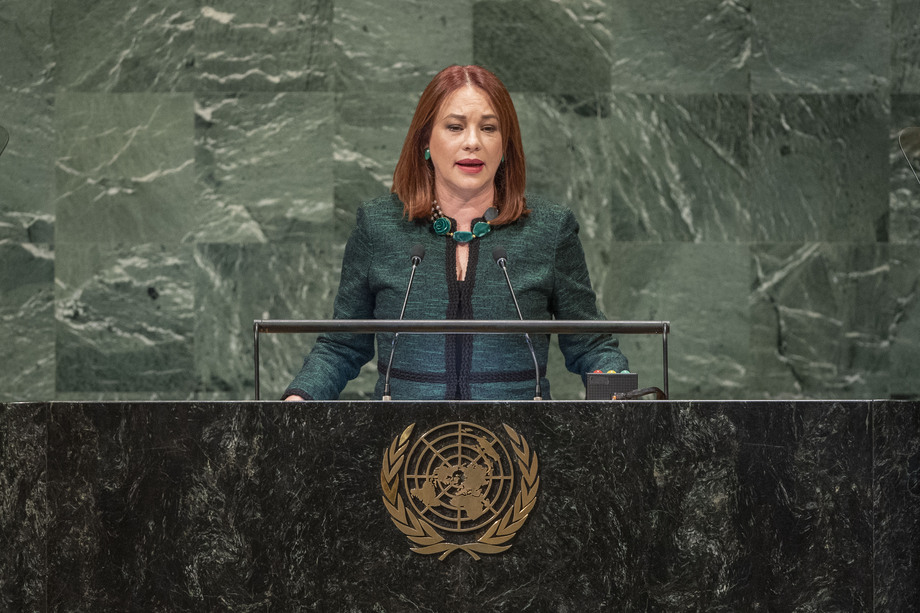 MARÍA FERNANDA ESPINOSA GARCÉS (Ecuador), President of the General Assembly, said that the work of the United Nations is as relevant today as it was 73 years ago.  Multilateralism stands alone as the only viable response to the problems facing the international community.  Around the world, millions of people are suffering from violence, war, want and the effects of climate change.  For those millions, uncertainty and fear are their daily lot.  Their crushed dreams and lack of any hope in the future is exploited by some to further divide communities, stirring up racism, xenophobia and violence.  “No one can be indifferent to human suffering.  Wars, conflicts, economic crises and environmental degradation affect us all equally”, she stated.

She called for Member States to work together around seven priorities, the first being gender equality and the empowerment of women.  Violence against women persists in all regions of the world and girls are still not offered full access to quality education.  The second priority should be the implementation of the new global agreements on refugees and migrants.  The creation of decent work opportunities for all is the third priority and represents one of the most significant challenges for public policymaking.

Regarding the fourth priority, she stressed that attention should be paid to the protection to the environment.  Extreme heat waves, forest fires and storms and floods are leaving in their wake a trail of death and devastation and hurricanes killed thousands of people in 2017.  The international community bears the responsibility to reverse policies that are killing the planet.  Turning to the fifth priority, she called for Member States to firm up political commitments to persons with disabilities.  Accessibility, inclusive and quality education and dignified jobs are all challenges for persons with disabilities.  The sixth priority is the revitalization of the United Nations, including the reform process of the Security Council.

The seventh priority is peace and security, as well as the role of young people, she continued.  The General Assembly must be the chief peacebuilding organization in the world.  It must champion initiatives to ensure that young people enjoy greater participation in political activities.  Concluding, she pointed out that the challenges addressed in the United Nations Charter have evolved.  The threats of climate change, the erosion of biodiversity, human trafficking, environmental pollution, large displacements of both migrants and refugees, terrorism and ethnic conflicts are now at the top of the agenda.  She appealed to world leaders to meet the needs of the people, and not to lose heart in attempts to create a more peaceful and humane world.