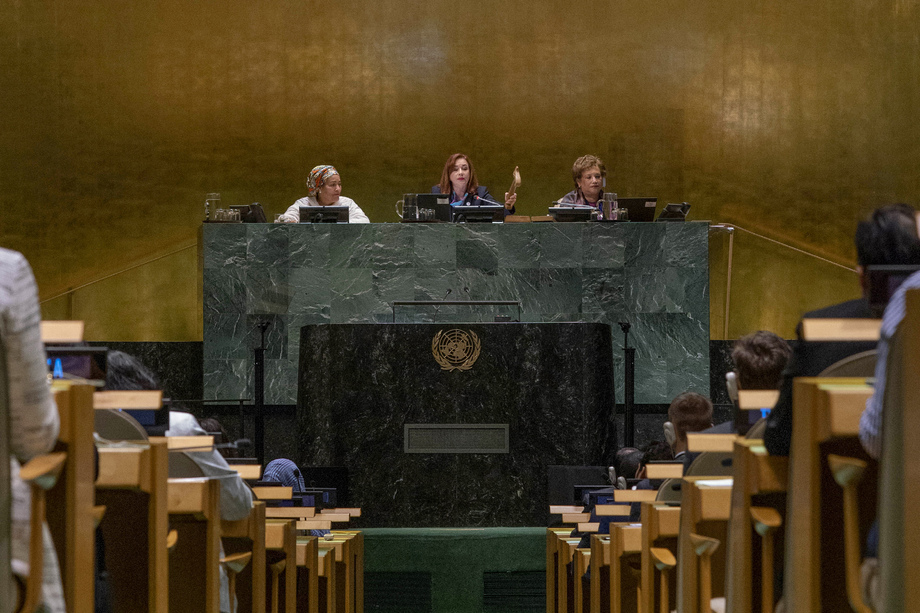 MARÍA FERNANDA ESPINOSA GARCÉS (Ecuador), President of the General Assembly, said this year’s general debate underscored the ongoing relevance of the Assembly and of the United Nations as a whole.  It also set the tone for the Assembly’s work for the coming year.  Everyone can honestly say that the past six days of Member States’ interventions wrapped up on a high note, with the satisfaction of a job well done.

Summarizing the general debate, she spotlighted the emphasis given to the role of the Organization and the importance of multilateralism.  There was almost unanimous agreement, along with repeated appeals for strengthened multilateralism, on the irreplaceability of the United Nations.  She noted the adoption of political declarations on eradicating tuberculosis and combatting non‑communicable diseases, as well as the signature by seven countries and the ratification by four of the Treaty on the Prohibition of Nuclear Weapons.  Leaders also shared progress being made in their countries as well as challenges being faced, in sustainable development, peacebuilding and respect for human rights.

All the statements, put together, add up to a snapshot of the state of the world today and of the role that befalls the United Nations in its aims towards multilateralism, she said, thanking the 121 Heads of State and Government, the nine Vice‑Presidents and Deputy Prime Ministers, and the other Ministers and representatives who participated.  It was heartening to see many countries defend multilateralism, she said, adding that sustainable development and the threat of climate change were the topics most often mentioned.

She also observed that several leaders noted 2018 as the seventieth anniversary of the Universal Declaration of Human Rights, underscored the importance of gender equality, voiced support for the Global Compact for Safe, Orderly and Regular Migration and called for greater investment in conflict prevention.  “We need to make a difference,” she stressed, “and the time to do that is now.”