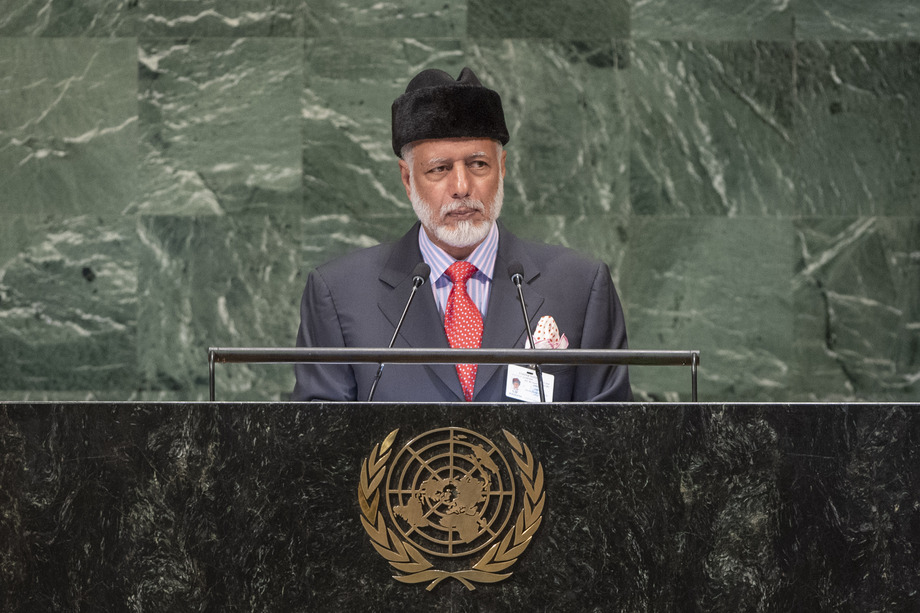 YOUSUF BIN ALAWI BIN ABDALLAH, Minister for Foreign Affairs of Oman, said that the work of the United Nations must focus on settling international disputes and achieving peace.  Underscoring that dialogue and negotiations are the most convenient means for resolving differences, he stressed that his country will spare no effort to support the initiatives that will spread peace and stability in the Middle East and the world.

Peace is a central building block for development, and the Palestinian question is the central problem for the Middle East, he went on to say.  The cooperation of the international community in creating a conducive environment to help the parties involved resolve the conflict is a matter of strategic urgency.  Despite the stalemate in the process, it is important to create favourable conditions for the two parties to reach a settlement based on the two‑State solution.  If the Palestinian State is not established there will be no end to the cycle of violence.  He called on the countries of the world, particularly the United States, to consider the future of this cause.

The suffering of Yemen is due to the collapse of the infrastructure including health, education and other crucial services that affect the day‑to‑day life of citizens, he continued. The international community must double its efforts to help that country, he said, welcoming efforts by the United Nations and the countries of the Arab coalition to establish a humanitarian medical airlift for patients with critical conditions to receive proper medical treatment under the auspices of the United Nations.  He also voiced support for the efforts of the Special Envoy to Yemen.  The political solution should take into account the reality in Yemen and all parties should be given a chance to fulfil a prosperous future for their country.

He lauded the efforts of the Special Envoy to Syria to help parties build on efforts to stop the war and reach a reconciliation that ends the conflict.  He also welcomed the positive developments in the African horn region and the understanding reached by States in the region, and expressed support for the efforts of the Ethiopian Prime Minister and the pivotal role played by his country that contribute to achieving stability in the African Horn.  He renewed his country’s call to all countries of the world to adhere to the principles of the United Nations Charter and to resolve differences through peaceful means.