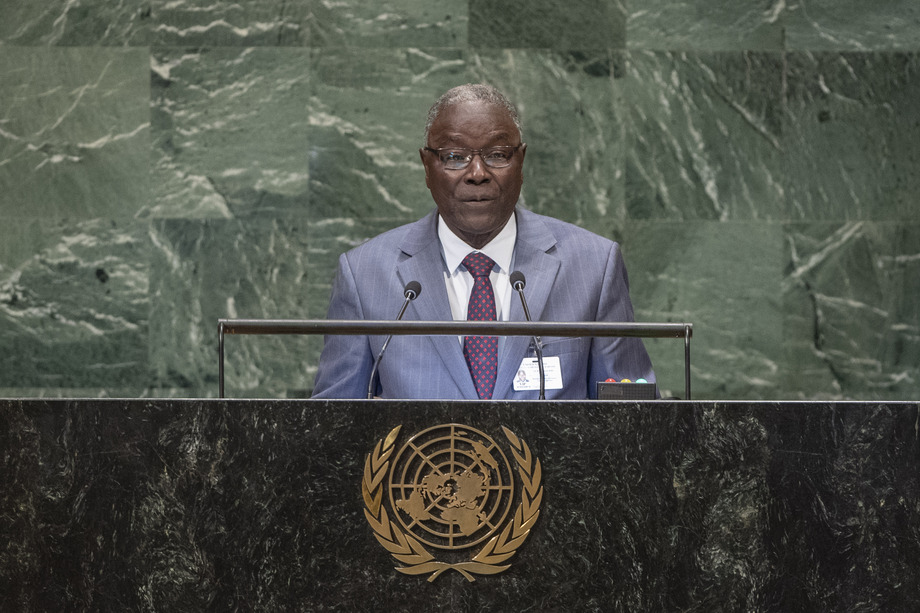 KALLA ANKOURAO, Minister for Foreign Affairs of Niger, reaffirmed Niger’s support of the Secretary-General reforms and welcomed the theme of this year’s General Assembly as a reminder of the United Nations founding ideals.  The problems facing the world require greater global collaboration, he said, also welcoming the Global Compact for Safe, Orderly and Regular Migration.  Combating irregular migration and illegal trafficking has been at the heart of numerous meetings; now the focus must be to implement those commitments.  To that end, Niger had designed a doctrine that would enable it to achieve significant results and it has already seen a reduction in migrants over the past year, he said, also advocating for humane treatment of migrants.  Niger will attend the international conference in Marrakesh this December and will support the adoption of the migration compact.

The Sustainable Development Goals are of particular interest to developing countries and offer an excellent opportunity for Niger to share the progress it has made in areas like education, health and security issues, he said.  As part of development efforts, Niger has developed a strategy for inclusive growth that also takes into account the African Union’s 2063 Agenda.  He supported the establishment of the African Continental Free Trade Area, which seeks to help countries overcome dependence on the export of basic products and find social and economic transformation for inclusive growth and sustainable development.  Efforts to mobilize domestic resources have been made but challenges remain.  Niger is a country that is two-thirds desert and feels the full brunt of climate change, a phenomenon that has a significant effect on its economy.  The Paris Agreement on Climate Change must be implemented, and Niger will host a round table on technical and financial partnerships that will define ways to implement the Agreement in the region.  Additional financing will allow countries in his region to better handle climate change, he stressed.

In response to Niger’s rapidly growing population, the Government bolstered up efforts to reverse the trend, and indeed, the birth rate shrank from 7.6 births per woman in 2012 to 6 in 2017, he said.  If that trend continues, Niger would, within a few years, achieve demographic growth in line with the country’s GDP, but will need assistance with certain social programs to achieve that goal, like ensuring girls stay in school until age 16.  Regarding the situation in the Lake Chad Basin, the deployment of troops had weakened the operational capabilities of Boko Haram there.  Now the challenges are more socioeconomic than security related, he said.  On the G-5 Sahel Joint Force, he said that thanks to the Brussels conference earlier this year, the Force’s financing needs for the first year have been met.  Yet prospects are not reassuring to guarantee the requisite financing for the Force to complete its mission, he said, asking that the Force’s mandate be placed under Chapter VII of the charter.

He welcomed peaceful developments in other parts of Africa, including the Horn of Africa and in South Sudan, but said that international solidarity for the Palestinians has taken a step back this year and reaffirmed Niger’s support for their cause.  Regarding Security Council reform, he encouraged Member States to speed up the process to adapt the Security Council to reflect today’s world.  New forms of conflict lead to asymmetrical war, he said, calling to strengthen peacekeeping missions.