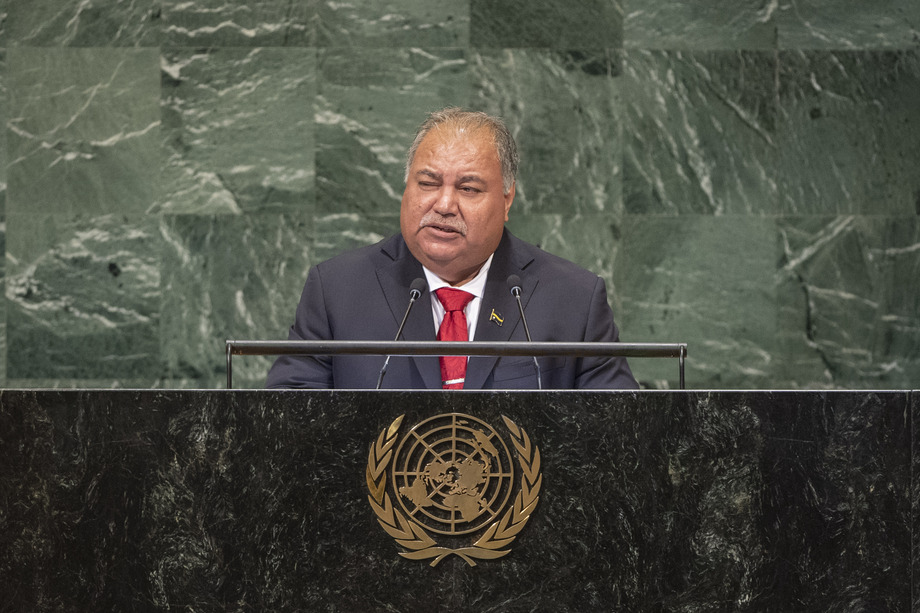 BARON DIVAVESI WAQA, President of Nauru, said that to be responsive to the needs of every country, the international community must address a systemic bias within the United Nations.  The population of Nauru is a little over 10,000 people, he emphasized, recalling several obstacles he experienced when trying to access support from the United Nations.  The unique challenges of small island developing States are widely recognized.  Volatility in commodity markets has outsized impacts on fiscal planning.  This coupled with climate change has left Nauru and others like it with extremely underdeveloped economies.

It is fair to say that the logic of the entire global economic system is driven by the relentless pursuit of “larger and larger scale”, he said.  In the name of efficiency, private enterprises expand operations in places with large pools of cheap labour or vast reserves of resources.  “They seek out the greatest profit centres and abandon those that underperform,” he continued.  “I dare say this logic has permeated the United Nations system.”  He added:  “Why wade through all the loan paperwork to replace a small diesel generator when the same number of documents can mobilize funding to transform a much larger energy system?”

The smallest countries simply cannot offer the profit potential that private investors are seeking, he said.  Small can be nimble, however.  Modest resources can yield transformative impacts.  Take renewable energy.  A few small islands have made enormous progress in the past few years and are looking to achieve 100 per cent renewable energy systems within a decade.  Nauru is ready to seize the opportunity presented by cheap solar energy and free itself from the expensive burden of fossil fuels.  “Capacity and resource constraints are the only things holding us back,” he said.

Nauru has estimated the cost of moving itself to 100 per cent renewable energy at $63 million, he said, emphasizing that financial and capacity-building resources need to be made more accessible.  New funding approaches, such as direct access modalities and direct budgetary support, seem to be yielding much better results in small countries.  In addition, adequate financing must be available for basic infrastructure, not just for the development fads of the moment.

A Special Representative, supported by a well-resourced staff, is needed to help us start managing climate risks more effectively, he said.  There is a critical gap in the United Nations system that must be filled immediately, he continued.  Building a more inclusive United Nations also requires addressing the most urgent global challenges, which include the security implications of climate change.  Making the United Nations relevant means including the people of Taiwan, who must be treated equally with the people of other nations.