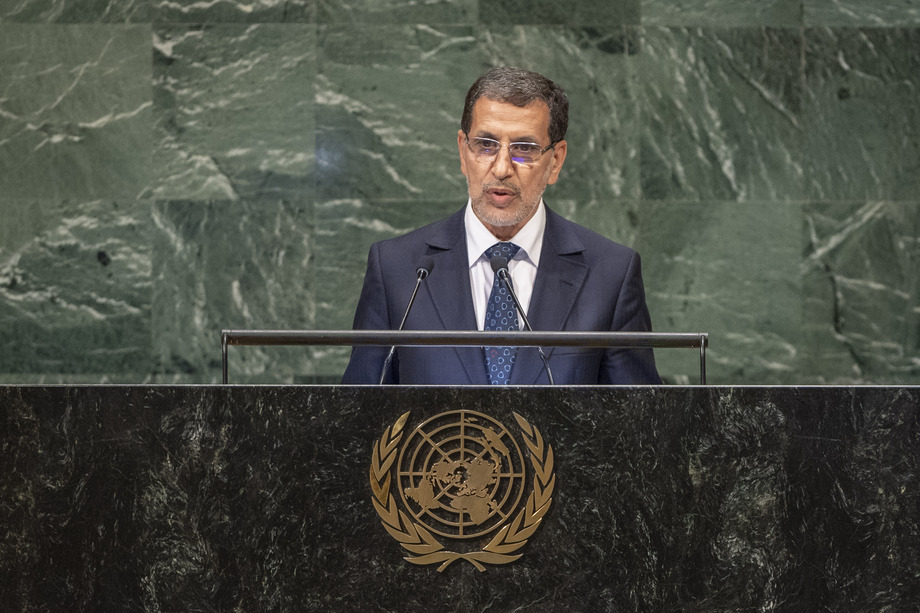 M. SAAD-EDDINE EL OTHMANI, Prime Minister of Morocco, emphasized that new and innovative approaches are needed to advance multilateralism.  International organizations must be made more efficient and capable to adapt to a changing world.  Spotlighting examples of United Nations achievements, he pointed at the first peacekeeping mission and the Organization’s important role in the maintenance of international peace and security.  Emphasizing Morocco’s strong commitment to rights, he said the adopting of the Universal Declaration of Human Rights opened an avenue for more such instruments.

However, he said, the world needs now more than ever before a collective approach to face challenges such as climate change and the question of migration.  Emphasizing the importance of the Paris Agreement, he also noted that Morocco is playing its role in other areas.  His country is fully engaged in efforts to combat terrorism and will host in December an international conference aimed at adopting a global compact on migration.

Turning to other concerns, he invited the United Nations to relaunch a political process regarding the creation of a Palestinian State, with East Jerusalem as its capital.  He also denounced any interference into the internal affairs of Arab States, adding that such actions run counter to international rights.

On the question of Western Sahara, he said the conflict is a source of instability.  As such, he invited Algeria to assume its political and historical responsibilities on the question.  “It is clear Algeria created this crisis,” he said, adding that Morocco supports the Secretary-General and his Special Envoy as well as their initiatives to resolve the conflict.