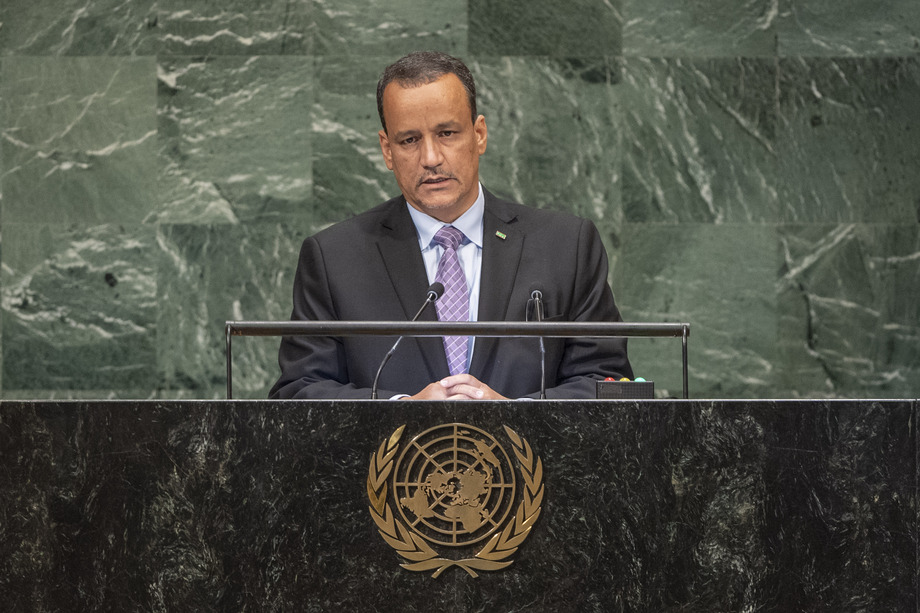 ISMAEL OULD CHEIKH AHMED, Minister for Foreign Affairs and International Cooperation of Mauritania, noted a range of challenges including hunger, disease, wars and natural disasters.  As host of the thirty-first African Union Summit to overcome corruption in Africa, he said Mauritania has adopted procedures to fight that challenge, establishing oversight agencies, implementing transparency, updating tax collection and enacting fiscal reforms.  The country has also built roads, airports and seaports and made drinking water and electrical power more widely available.  Aiming to accelerate economic growth, he said it should exceed 4 per cent this year.  To mitigate the effects of climate change, Mauritania has adopted a national policy to use renewable energy and combat sand invasion, and it has ratified all international agreements on the issue, he said, noting that Mauritania is involved in the Great Green Wall for the Sahara and Sahel initiative.

Citing the importance of justice and the equitable distribution of wealth, the country has enacted measures to uphold the judiciary and protect freedom of the press, “the best avenue to enhance the practice of democracy”, he said.  Mauritania has abolished prison sentences for press cases and made public media outlets available to all political actors, allowing the country to maintain its ranking as number one among all Arab countries for press freedom, according to Reporters Without Borders.  Open dialogue has been fostered between parties of the majority and opposition, leading to constitutional amendments enhancing democracy and the allocation of public funds.

For the first time in history, Mauritania held elections to create councils for local governance, held under an independent election commission, he said.  Women occupied important positions both in voting and seats won, with a quota allocated to women in all political positions, a sign of significant progress.  The country has also set up vocational training for youth.  Addressing human rights, he said Mauritania is working to improve prisons and protect prisoners from torture, and to finally eliminate any remnants of slavery, establishing ad hoc courts to combat that scourge — a move praised by a United Nations special rapporteur.  Mauritania has long supported the South African people and honoured the late Nelson Mandela with a main thoroughfare in the capital of Nouakchott named after him.

Given its special geographical position in the Arab and African spheres, he said Mauritania plays a pivotal role in the Group of Five for the Sahel and fighting terrorism.  The country is closely following the issue of Western Sahara and hoping for a solution that benefits all parties.  Turning to the question of Palestine, Mauritania calls for a viable solution leading to a Palestinian State with East Jerusalem as its capital.  He supported the High Level African Union Committee on Libya and confirmed the need for a political solution to the crisis in Syria.  Calling for an end to division in Yemen and supporting United Nations efforts to solve that crisis, he also condemned terrorism in Somalia and highlighted the need for peace in its territories.  Strongly condemning the killing of Rohingya Muslims in Myanmar, he said the international community must come to their aid, and reaffirmed Mauritania’s implementation of all its international commitments.