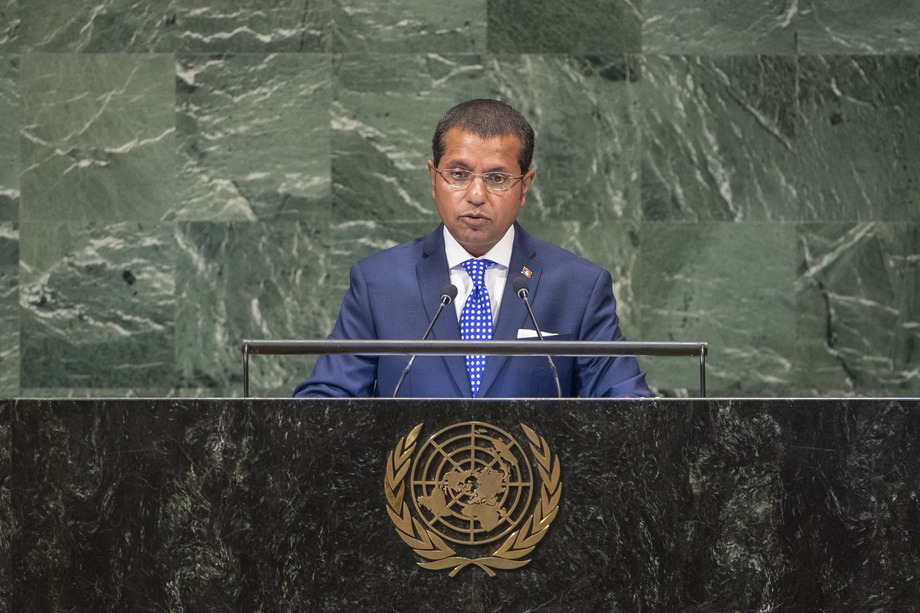 ALI NASEER MOHAMED (Maldives) said the United Nations must play a greater leadership role in collective efforts to build resilient communities.  Building resilience is the cornerstone of his country’s development strategy, he said, drawing attention to its recent peaceful elections — “a moment that made every Maldivian proud” — and the ongoing transfer of power.  The accelerated pace of democratization in the Maldives is proceeding in tandem with social and economic growth, resulting in one of its region’s highest human development indicators.  From one of the world’s poorest countries at independence in 1965 to an upper‑middle‑income country today, the Maldives is a success story by any measure.

Emphasizing the importance of partnerships, he said national development efforts by small island developing States such as the Maldives require capacity‑building, technology transfer and access to finance.  The United Nations can do more to foster such support, he said, calling on the General Assembly to provide the Secretariat with a more balanced allocation of resources to help countries in special situations.

He described the United Nations as “the engine room of multilateralism”, with small nations, especially small island developing States, depending on multilateral norms for their existence.  Countries big and small must return to the right side of international law.  He called for an end to the unlawful occupation of Palestinian lands, a peaceful end to the war in Syria, and for the recommendations of the United Nations independent international fact‑finding mission on Myanmar to be implemented without delay.  He also underscored the need for broader systemic reform in the Organization, including to the Security Council, stating:  “The United Nations needs to be an institution where every Member State should feel welcomed.”