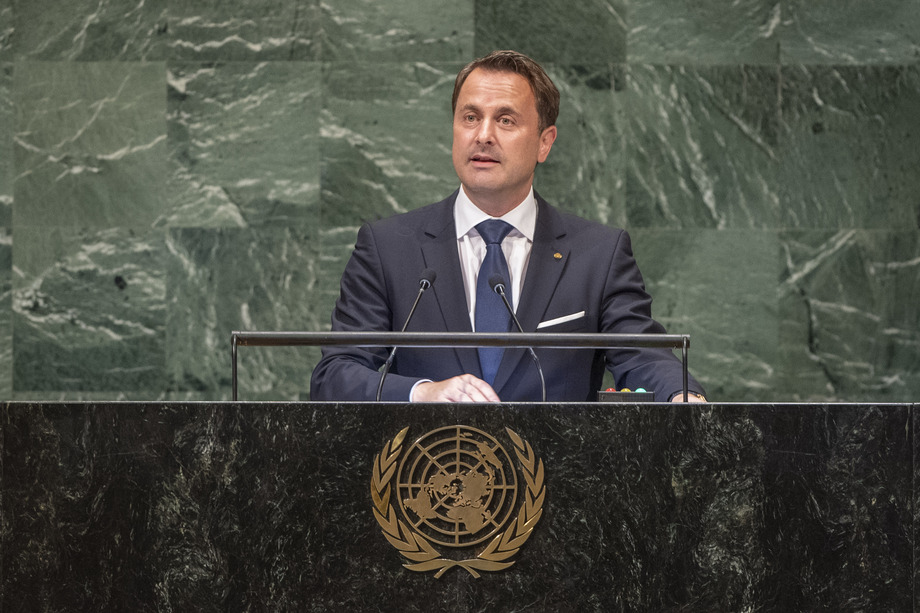 XAVIER BETTEL, Prime Minister of Luxembourg, said a retreat in multilateralism can be seen on many fronts.  However, in democracies, multilateralism and respect for the rule of law act as guarantees for nations to play a role at the international level.  The same is true on the economic landscape, where measures and counter-measures can jeopardize growth for all, he said, encouraging a return to negotiations and constructive engagement under WTO auspices to avoid a situation where all actors suffered losses.  Similarly, challenges such as migration require solutions at the global level, he continued, expressing hope such a formula will be found during the intergovernmental conference to adopt the Global Compact for Safe, Orderly and Regular Migration.  Highlighting that the European Union is now creating mechanisms for member States to address the issue of welcoming refugees, he said Luxembourg has been engaged in efforts to welcome asylum-seekers, adding that clear distinctions have been made between political refugees and economic migrants.

On climate change, he supported the Secretary-General’s urgent calls to follow through on the Paris Agreement for the sake of future generations.  Voicing support for related efforts, he underlined the significance of the 2030 Agenda, which acts as a guide to mobilize the international community.  However, financing sustainable development efforts has been problematic.  Despite the creation of specific mechanisms at the international and national level aimed at mobilizing the private sector, more must be done.  To address that issue, Luxembourg created a “green grant” and is working on tools tailored towards meeting other sustainable development objectives.  Yet, development contributions are falling, he said, emphasizing the need to diversify sources of aid and noting Luxembourg’s contributions of 1 per cent of its GDP.

Expressing support for the Secretary-General’s development and security sector reform efforts, he raised some of the challenges concerning the latter.  Noting that Africa hosted the most peacekeeping operations, he said the Sahel region is a corridor of instability and coordinated efforts must work towards overcoming problems there.  Highlighting Luxembourg’s support and contributions for various United Nations missions, he raised concerns about crises elsewhere, including the impasse in the Israeli-Palestinian peace process and the explosive situation in Libya.  The Syrian war, with reports of chemical weapons use and humanitarian crises, was another grave concern, as was the worsening situation in Yemen, he said, noting that regional actors are playing key roles in both cases.  On disarmament developments, he expressed hope that talks between the Democratic People’s Republic of Korea and the United States will lead to the denuclearization of the Korean Peninsula.

Regretting to note a tendency to move towards unilateral action in certain situations and a crumbling of respect for human rights, he pointed to cases in Myanmar involving the Rohingya community and called on the Human Rights Council to address those concerns.  Human rights covered a broad range, including sexual and reproductive rights, he said, citing his country’s support for related projects worldwide.  Reiterating the benefits of multilateralism in rising to the challenges of globalization, he said a return to a narrow notion of national has never been an option for Luxembourg and today it is no longer an option for any Member State.