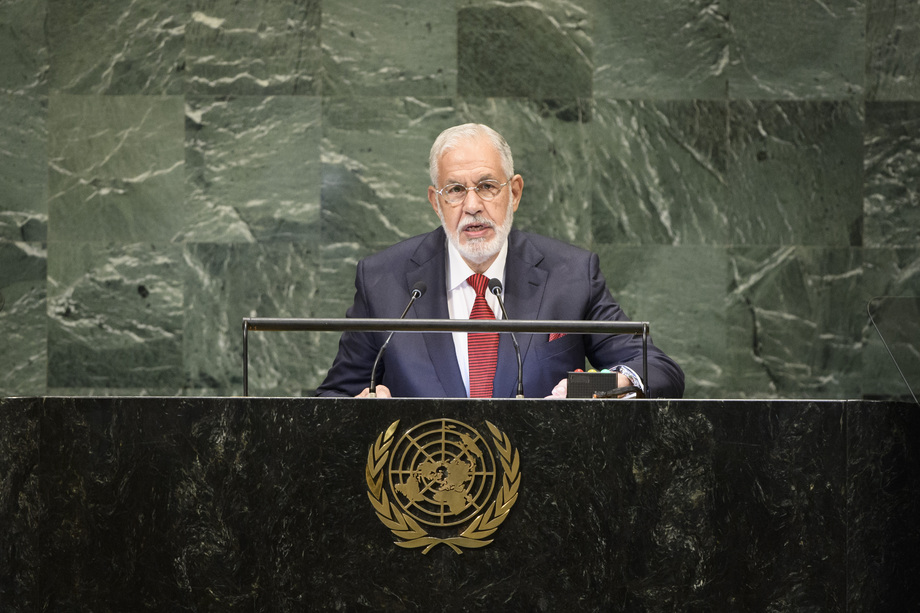 MOHAMED T. H. SIALA, Minister for Foreign Affairs of Libya, delivered a statement on behalf of Faiez Mustafa Serraj, President of the Presidency Council of the Government of National Accord of the State of Libya, who could not be in New York due to the current situation in his country.  Mr. Siala emphasized a need for a coordinated response in efforts to assist Libya, requesting that all actors coordinate with the United Nations.  While the current security landscape is mired with violence and terrorist attacks as Libya faced a range of political and economic challenges, he pointed at several gains, including a road map featuring an approach to national reconciliation that would permit the creation of a modern State.  Overcoming the political deadlock is essential, he continued, commending efforts to find solutions to various challenges.  Despite the lack of progress on implementing the road map, the Government of National Accord supports any initiative that promotes a political solution and has engaged in dialogue with parties to end the impasse.  Noting increased numbers of registered voters and the allocation of Government funds for elections, he expressed a desire to overcome the crisis.

Raising several concerns, he condemned attacks in Tripoli, calling on concerned parties to respect the current ceasefire, adding that perpetrators will be brought to justice.  Security and stability are priorities that must be backed by the international community, he said, requesting that the United Nations Support Mission in Libya (UNSMIL) be transformed into one that would help with a response.  Efforts are being made to stamp out Da’esh, whose activities are exploiting Libya’s natural resources, he said, adding that subregional, regional and international cooperation must bolster concerted efforts to combat terrorism.

For its part, Libya has passed a series of laws to ensure national unity and address the country’s many challenges, he continued.  But, Libya needs assistance to overcome them.  Emphasizing the need to ensure women’s empowerment, he reiterated the Government’s commitment to uphold human rights.  As a transit country on the migration route, Libya is also trying to resolve related issues, but needs the international community’s help, he said, commending the forthcoming intergovernmental conference to adopt the Global Compact for Safe, Orderly and Regular Migration.

Addressing other issues, he said Libya stands firm against the use of chemical weapons and for the elimination of nuclear weapons.  On development, he said that if nothing changes in terms of current embargo’s asset freeze, Libyans will not be able to invest those funds in projects aimed at achieving the 2030 Agenda goals.  Reiterating his Government’s call on the Security Council to amend the sanctions, he pointed out that while the embargo aimed at preserving, the opposite is happening and the assets are eroding.  On Security Council reform, he said equitable representation must be ensured.  To correct the marginalization of Africa, he called for two permanent seats to be allocated to African States and one for Arab States.  He also called for international efforts to find a peaceful resolution to the Israeli-Palestinian conflict and the Syrian crisis.