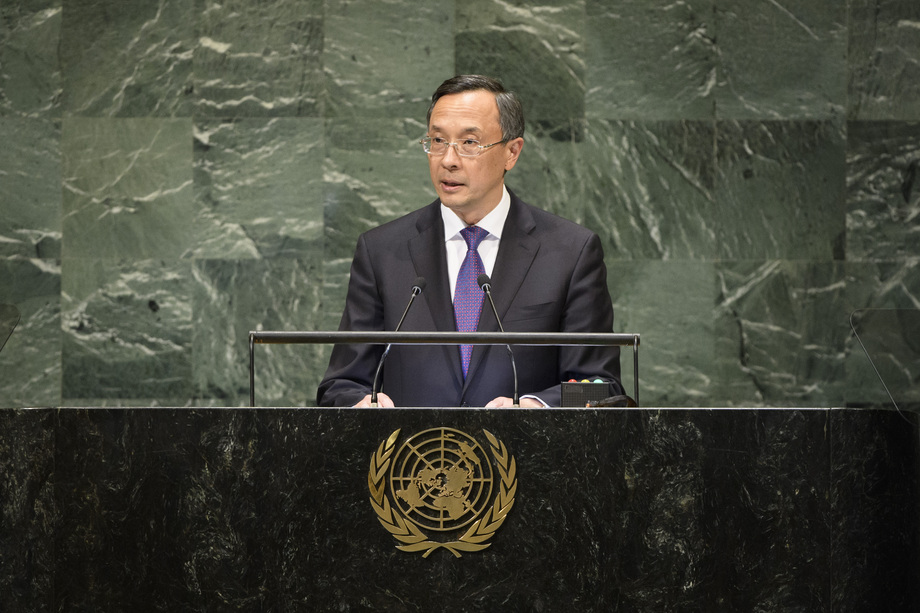 KAIRAT ABDRAKHMANOV, Minister for Foreign Affairs of Kazakhstan, said his country is creating a thriving economy and aims to be among the top 30 advanced economies in the world by 2050 through new development initiatives on the national and international levels.  On the regional level, the Government is committed to extending partnerships among Central Asian countries where the collective goal is to create a cooperative region that is a zone of peace, security, trust and development.  The stability of Afghanistan is of particular interest to Kazakhstan, he said, adding that Afghan women should play a crucial role.  To that end, Kazakhstan hosted the Regional Conference on Empowering Women in Afghanistan in September 2018.

He went on to emphasize the need for regional rather than country-specific strategies in addressing cross-border threats and challenges, offering, as a pilot case, Almaty as the site of a United Nations regional hub for the Sustainable Development Goals.  Kazakhstan is also committed to strengthening peacekeeping with clear and achievable mandates, and will soon increase its contribution to peacekeeping operations, he said.  Kazakhstan is also committed to preventative diplomacy and nuclear disarmament, as evidenced by its signing of the Treaty on the Prohibition of Nuclear Weapons in March 2018 and its sponsorship of General Assembly resolution 64/35 for the International Day against Nuclear Tests.

Reaffirming his country’s support for the Iran nuclear agreement and the denuclearization of the Korean Peninsula, he said the fight against terrorism is also particularly significant for Kazakhstan, calling upon Member States to ratify the relevant United Nations instruments and address the root causes of radicalization.  As the world’s largest landlocked country, Kazakhstan strives to achieve connectivity, expand communications and enhance trade, he said, recalling that, in May, it hosted a ministerial meeting of landlocked developing nations to address those issues with the Office of the High Representative for the Least Developed Countries, Landlocked Developing Countries and Small Island Developing States.  Kazakhstan will continue to extend assistance to African countries, he said, adding that it remains committed to pluralism and interfaith accord.