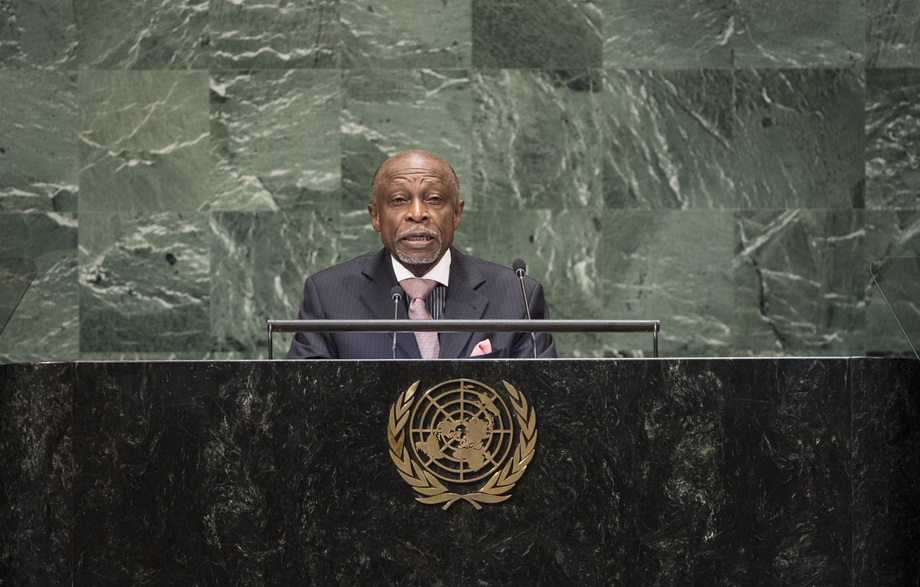 CARL GREENIDGE, Vice‑President of Guyana, said his Government remains committed to multilateralism, a principle under attack in some parts of the world.  Threats to global multilateral governance are present in the United Nations and evidenced in stymied Security Council reform.  He urged States to explore comprehensive organizational forms and arrangements that simplify decision‑making, noting that global governance and peace are inexorably linked.  Voicing his full support for the Secretary‑General’s efforts to reform the Organization’s security pillar with an emphasis on preventive diplomacy, he said that for Guyana, and the region as a whole, the illicit trade in small arms and light weapons poses one of the most serious threats to human security and he called for international action against transnational crime.

Underscoring that the principle of sovereignty is the most effective guarantee of peace, he called attention to boundary disputes with Venezuela and the Secretary‑General’s decision to have the matter be referred to the International Court of Justice.  However, Venezuela refuses to participate in proceedings.  Guyana seeks peace not only in its region, but throughout the world.  He also stressed that conflict is an obstacle to development, calling for a two‑State solution to the Israeli‑Palestinian crisis.  The people of Palestine, including Gaza, have the right to a dignified existence in their homeland.  Turning to Myanmar, he deplored the suffering being borne by the Rohingya population.  He also called for the lifting of the embargo on Cuba.

Guyana has fully embraced the holistic and people‑centred approach to development set out in the Sustainable Development Goals, he said, adding that efforts are underway to integrate the Goals into national development strategies.  The Government is working to ensure development is not achieved at the expense of the environment.  Notwithstanding the fact that Guyana will soon become a significant oil producer, there are initiatives aimed at weaning the country from its dependence on non‑renewable energy.  He fully recognized the critical contribution of women and girls to sustainable development initiatives.  Underrepresentation of the potential of women and girls amounts to a serious loss of resources in the global effort to promote human development.

He also expressed his satisfaction at the successful conclusion this year of intergovernmental negotiations on the Global Compact for Safe, Orderly and Regular Migration.  As Member States participate in this year’s General Assembly debate, the planet faces grave threats on multiple fronts and there are many that question if the United Nations can unite and strengthen international peace and security.  For its part, he emphasized Guyana’s strong commitment to doing its part to promote those principles within the limits of its capacity and resources.