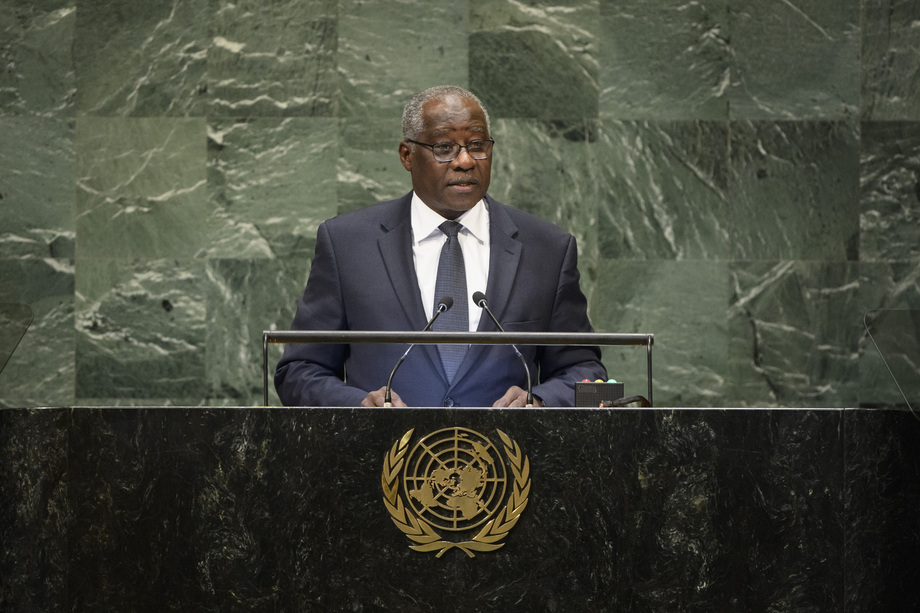 MAMADI TOURÉ, Minister for Foreign Affairs of Guinea said that the United Nations is the sole multilateral platform that can adopt a concerted global approach to the world’s many challenges.  While supporting the Secretary-General’s reform process in peace, security and development, he said Guinea can never insist enough on Security Council reform, as it is time to recognize the political and economic importance of Africa by conferring the role it can play on the international scene.  He said the injustice inflicted upon the continent must be redressed by conferring two permanent and two non-permanent African seats.

As it celebrates its sixtieth anniversary of its independence, he said Guinea is “flying the flag of Pan-Africanism”, noting a history including the battle against apartheid and the promotion of peace and security and socioeconomic development on the continent.  Guinea is making major economic and social progress, with mega-projects in the energy and agricultural sectors and infrastructure promising a better future for its people.  Under the aegis of the 2030 Agenda and the African Union’s Agenda 2063, the country aims to implement the Sustainable Development Goals and counts on the support of the international community.  Expressing appreciation for a new climate favouring sustainable peace in Africa, he pointed to progress in managing crises in Guinea-Bissau, South Sudan and Somalia.  Progress in resolving disputes between Ethiopia and Eritrea, and Eritrea and Djibouti, confirm that the world must prioritize political solutions to create an environment for development.  Nonetheless, positive developments must not distract from the shared fight against terrorism.  Condemning barbaric acts committed against innocent populations of Africa and worldwide, he urged major Powers to support the G-5 Sahel framework.  He commended the Sahel: Land of Opportunities programme promoting a more prosperous future for 10 African countries.  However, the conflict in the Middle East remains a major preoccupation for the international community.  Stating Guinea has always unambiguously expressed unconditional solidarity for the just cause of the Palestinian people, he called for a two-State solution with safe, internationally recognized borders.  Protracted crises worldwide have generated humanitarian needs estimated at $22.5 billion, but that aid is hampered by drastic United Nations funding cuts.

He hailed the Global Compact for Safe, Orderly and Regular Migration as the hope for 258 million migrants worldwide, largely women and children.  It will strike a balance between State sovereignty and human rights.  However, he noted that achieving social well-being and sustainable development is impossible without ridding the world of recurring diseases.  Although the world must strengthen the fight against transmissible and non-transmissible diseases, he applauds progress made against such diseases as tuberculosis and HIV/AIDS.

However, creating inclusive societies also requires gender equality, as empowering youth and women in economic activities is vital to achieving sustainable development.  Noting that the Secretary-General is working to achieve parity in high-ranking positions in the United Nations, he declared that initiative fully in line with agreements on women’s empowerment.  Multilateralism remains the sole path towards realizing the objectives of the United Nations Charter.