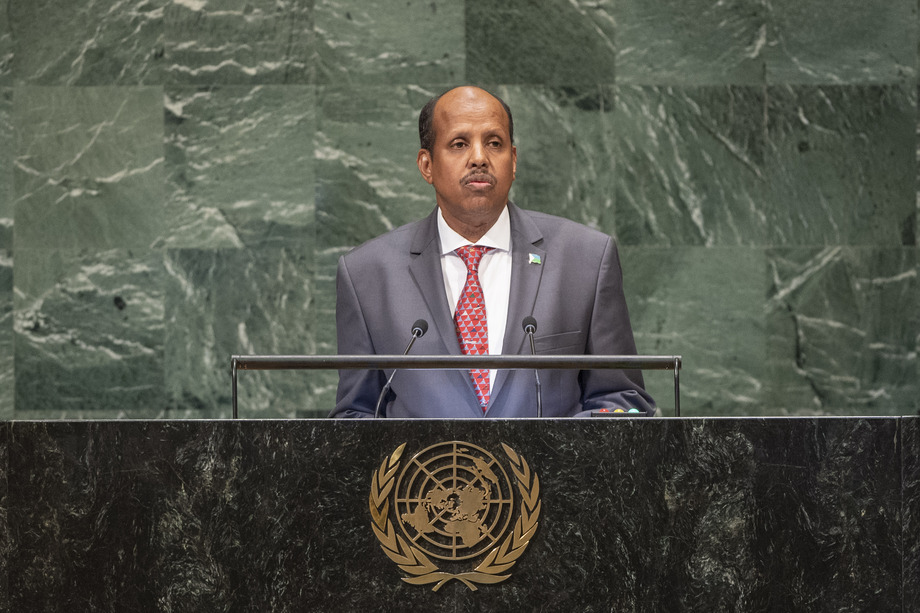 MAHMOUD ALI YOUSSOUF, Minister for Foreign Affairs and International Cooperation of Djibouti, said that although there is a consensus for United Nations reforms, an inertia continues to hinder them.  On the international scene, major upheaval is a significant cause of concern.  The number of people leaving their countries is growing, and this migratory flow has contributed to bitter political debate in many northern countries which may prevent the international community from building a better world.  The crisis in multilateralism is a consequence of this, contradicting the collaborative notion of “I am someone else”.  He welcomed that in response to this, the international community has mobilized to adopt reforms initiated by the Security-General for development, management, and peace and security architecture.  Hailing the finalization of the Global Compact for Safe, Orderly and Regular Migration, he added that finalizing the Global Compact for Refugees will be an important development.  If the United Nations cannot solve the crises that create refugees, it must meet their needs.

While the Sustainable Development Goals require the collection of useful data, he underscored that the 2030 Agenda depends not only on innovative finance strategies, but that commitments already made are honoured.  The greatest threat to this is worldwide conflict and violence, with the expansion of terrorism calling for a response that differs from conventional peacekeeping operations and diplomacy.

However, the Horn of Africa has witnessed positive developments.  Highlighting the thaw in relations between Ethiopia and Eritrea as the inauguration of a new age of relations between them, he said the region had felt immediate consequences.  The presidents of Djibouti and Eritrea recently met and agreed to open a new chapter between “these two brother countries” and continue dialogue on remaining issues.  He expressed hope that the recent peace deal in South Sudan will be successful, as the people there have greatly suffered.  Somalia is building robust governing institutions, but it was necessary to combat those opposing progress, like Al-Shabaab.  Paying tribute to the troops of AMISOM, he said support for Somali forces is vital for the handover of security responsibilities.

Turning to the issue of Palestine, he said there is no alternative to the two-State solution, and that the plight of Palestinian refugees calls upon all our consciences.  Citing the “ethnic cleansing” of the Rohingya people, he said the international community must put pressure on the Government of Myanmar to resolve the crisis.  The United Nations plays a key role in peace and international cooperation, and it is therefore incumbent upon everyone to support it.  Djibouti looks forward to building a world of greater security and prosperity.