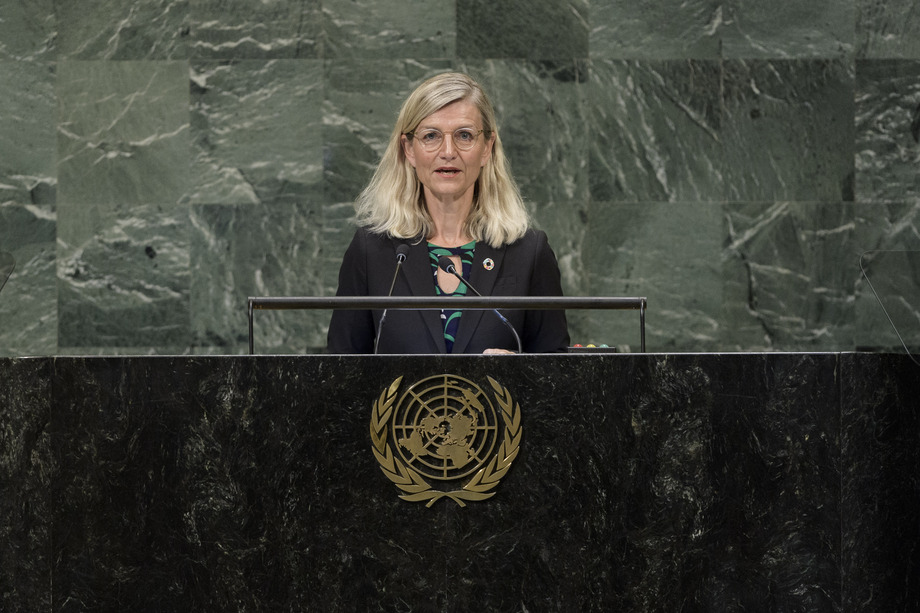 ULLA TØRNÆS, Minister for Development Cooperation of Denmark, said the world needs a strong United Nations that delivers on its full potential.  She called for the Secretary‑General’s reform agenda to be turned into reality.  All parts of the Organization must embrace the opportunity to change.  Member States must reinvest in the United Nations and take responsibility for multilateral cooperation and rule‑based international order, she said, noting Denmark’s candidature for a seat on the Human Rights Council for the 2019‑2021 term.

Gender equality is but a distant hope in several parts of the world and women’s rights are under increasing pressure everywhere, she said.  “We cannot accept this.  We must stand up and challenge this,” she said, emphasizing that gender equality and equal opportunities are not only fundamental rights, but preconditions for development, peace and prosperity everywhere in the world.

She underscored Denmark’s commitment to the 2030 Agenda and the Paris Agreement, emphasizing that for more than 40 years it has delivered on the United Nations target of providing 0.7 per cent of gross national income in official development assistance (ODA).  “Sadly, we are in a group that has too few members,” she said.  She stressed the role to be played by young people, as well as the importance of education for girls.  She welcomed the finalization of a Global Compact for Safe, Orderly and Regular Migration, as well as the Global Compact on Refugees, and described the horrors in Syria, Yemen and elsewhere as examples of why humanitarian efforts are so strongly needed.

Denmark insists on accountability for the most appalling crimes in conflict situations, she said.  The report of the Independent International Fact‑Finding Mission on Myanmar underlined the need for accountability vis‑à‑vis the Rohingya crisis alongside the enormous need for humanitarian and development assistance.  In that regard, she announced an additional $7 million in extraordinary humanitarian assistance to that crisis, on top of the $46 million already provided since 2017.  She went to call on the Democratic People’s Republic of Korea to take concrete steps towards denuclearization.  Until then, sanctions and international pressure must continue, she said.