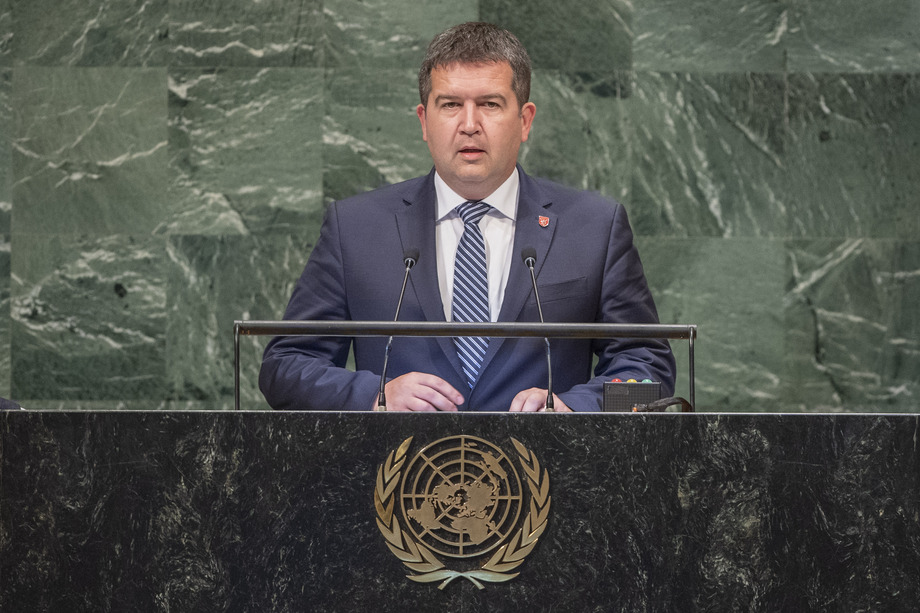 JAN HAMACEK, First Deputy Prime Minister of the Czech Republic, said the United Nations purpose — the protection of peace, human rights, justice and social progress — is not a Western instrument, but one that forms universal ideals towards which all Member States should strive together.  Multilateralism is increasingly undermined and questioned, he said, calling on policymakers to realize the difficult structural and political reforms required for the United Nations to promote shared global responsibility and robust international cooperation and regain common values.  In recent years the Security Council has been characterized by blocking tactics rather than cooperation while failing to act on the world’s worst atrocities in ongoing brutal conflicts from Syria to Yemen.  Fully supporting the Secretary-General’s proposed reforms and their budgetary requirements, he said the prevention of conflict is a vital point and Member States should adopt a comprehensive approach to peace and security which treats climate change as a security problem.

The Czech Republic took great pride in holding the one-year presidency of the Economic and Social Council from 2017-2018 and will continue to champion Sustainable Development Goal 16 as a cornerstone of the 2030 Agenda.  The United Nations must seek more synergies between its humanitarian, development and security activities, he said, calling for special focus on post-conflict stabilization with more cooperation among United Nations agencies.  Despite its importance, the human rights pillar of the United Nations is chronically under-funded, he said.  Human rights are deeply rooted in the historical experience of his country, he went on, noting that the Czech Republic is currently running for a seat on the United Nations Human Rights Council for the 2019-2021 term.  He called for Member States to support his country’s candidacy.

Having an embassy in Pyongyang, the Czech Republic has a particular interest in improving the situation on the Korean Peninsula and is following the inter-Korean and United States-Democratic People’s Republic of Korea dialogue closely. Regarding the fight against terrorism, he said it is necessary to conclude the proposed Comprehensive Convention on International Terrorism and called for an internationally recognized definition of terrorism that will hold perpetrators accountable.

It is not a given that all countries, including those situated in Eastern Europe, have the right to choose their foreign policy orientation without their sovereignty and territorial integrity threatened, he said, calling the annexation of Crimea a violation of international law.  He noted that the use of force is allowed under the United Nations Charter only in self-defence, yet the Organization is the sole guarantor of international peace and security.  Therefore, it is only through collective means that those goals may be achieved, he said.  He reaffirmed his country’s support of the International Criminal Court and supported the International, Impartial and Independent Mechanism set up to investigate the most serious crimes in Syria.