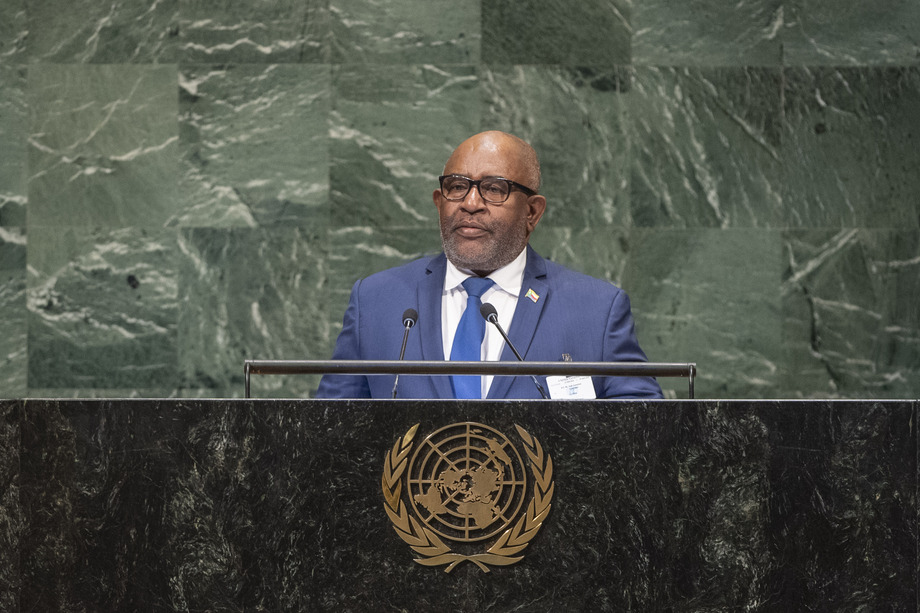 AZALI ASSOUMANI, President of the Comoros, said that tackling global problems depended on reforms aimed at making the United Nations more representative, equitable, efficient and able to fulfil its mission.  That included allocating at least two permanent Security Council seats to African States, complete with veto power.  Equally important are concerted international and national efforts to fight the spread of disease.  Attention is also urgently needed to address crises in Yemen, Syria and Palestine.  On the latter, he pledged his country’s support for the Palestinian people, calling on the General Assembly to shoulder its responsibilities to help those facing grave danger.  He also called on the Assembly to address the urgent needs of the Rohingya community.  On the question of Western Sahara, he commended Morocco’s efforts to find a political solution.  More broadly, he reiterated a call to eliminate nuclear weapons and the very real threats they pose.

Addressing other global challenges, he said terrorism touched most countries and efforts must address anti‑Islam rhetoric and pursue consensual language to define its different aspects.  Underlining the need to establish a process of cooperation and action to reduce terrorist threats, he expressed support for the joint forces currently active in the Sahel region, highlighting the importance of swift, effective responses.  In a similar vein, he said the Comoros has been participating in negotiations ahead of the Intergovernmental Conference to Adopt the Global Compact for Safe, Orderly and Regular Migration.  Among other things, this agreement reiterates commitments to address the root causes of migration through a lens of international cooperation and to protecting and promoting migrants’ human rights.

Sharp attention is also needed to combat climate change consequences, he said, emphasizing the particular needs of small island developing States.  Climate risks are destroying ecosystems and biodiversity, increasing both poverty levels and the spread of disease while triggering climate‑related migration.  All stakeholders must shoulder their responsibilities, with cooperative efforts involving States, the private sector and individuals, to stop the tragic evolution of global warming.  Implementing the Paris Agreement on sustainable development is vital, he said, pointing at recent catastrophes that have ravaged every continent as a grim reminder that climate change is real.

Turning to national concerns, he said the Comoros has experienced major socio‑economic progress, including a new initiative, Assises Nationales, supported by civil society.  The national forum highlighted the need to redefine and reshape a new institutional framework.  Following a referendum held in July, a new Constitution and elections have been announced.  Calling for support from international and regional partners, he expressed hope that such efforts would result in further progress.

On the issue of the expulsion of Comoros citizens from Mayotte, he raised grave concerns about conditions that have led to children being abandoned.  Such actions are becoming a threat to the Comoros and the region.  The root of a misunderstanding between France and the Comoros must be addressed, he said, offering to engage in dialogue with France.  He expressed determination to progress to work towards a fair resolution to the question of Mayotte.  Together with France, he hoped to break the deadlock over the issue and find a lasting solution.