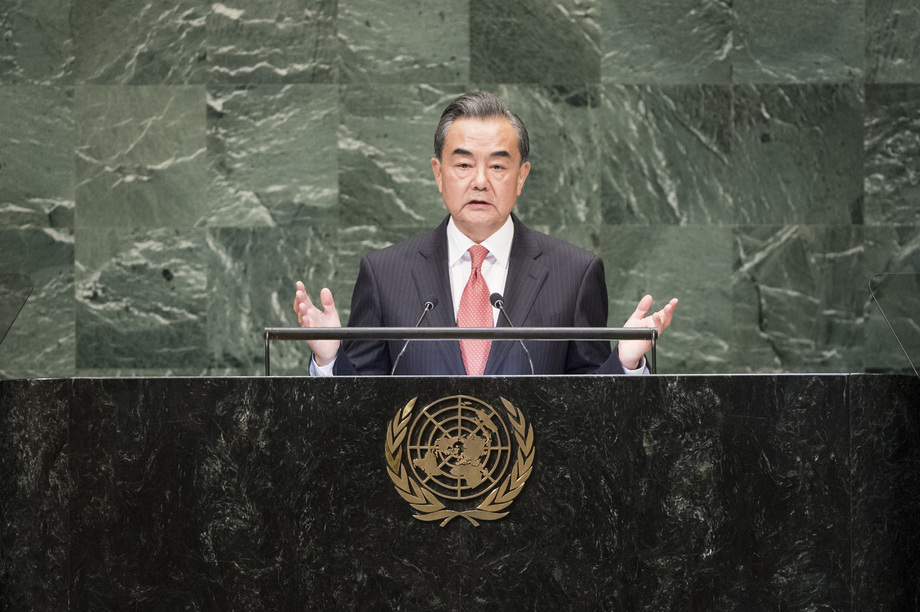 WANG YI, Minister for Foreign Affairs of China, underscored the importance of the principles enshrined in the United Nations Charter as well as the vision and practice of multilateralism.  Noting that a “people‑centred philosophy” has gained wide acceptance and broad consensus, he nevertheless warned that today the international order faces challenges and requires steady reform and improvement.  “The world is changing,” he stated, emphasizing that international rules and multilateral mechanisms are under attack and the global landscape is filled with uncertainties and destabilizing factors.

Outlining the long‑standing support of China for and commitment to multilateralism, he said the country remained true to those commitments throughout negotiations on the World Trade Organization (WTO) and the General Agreement on Tariffs and Trade.  China fulfilled its promise and integrated itself into the world economic system.  More so, following the outbreak of the global financial crisis, it opted not to stand idly by but instead to work together with other nations to overcome rough times.  “For years running, China has contributed to over 30 per cent of global growth,” he said, spotlighting its major role in helping to restore the international economy.

Vowing to continue to uphold those commitments, he also echoed President Xi Jinping’s calls to all nations to build a community with a shared future for humankind.  In order to uphold multilateralism, the international community must pursue win‑win cooperation, understanding that no country can meet global challenges alone or remain immune to their impact.  States must also act in line with rules and order, he stressed, urging inter‑State relations to be based on credibility — not wilful revocation of commitments.  Urging nations to uphold the principles of fairness and justice and aim to deliver real results, he said multilateralism requires a strong United Nations, made more efficient and effective through reforms.

“The course of development and progress for humanity is unstoppable,” he continued, underlining that peace, reconciliation and harmony are the “surging trend”.  China stands committed to the path of peaceful development and will continue to contribute to global peace and security — including by supporting diplomatic efforts on the Korean Peninsula and the nuclear programme of Iran.  Voicing support for efforts to resolve the Palestinian‑Israeli conflict and the Rohingya refugee crisis, he said terrorism — including cyberterrorism — can never be justified.  While every country is entitled to explore a development path that suits itself, economic globalization should not be a process for some to gain and others to lose.  “International trade is complementary and win‑win by nature,” he said, warning against zero‑sum mentalities, unilateralism and protectionism “that will only hurt oneself”.