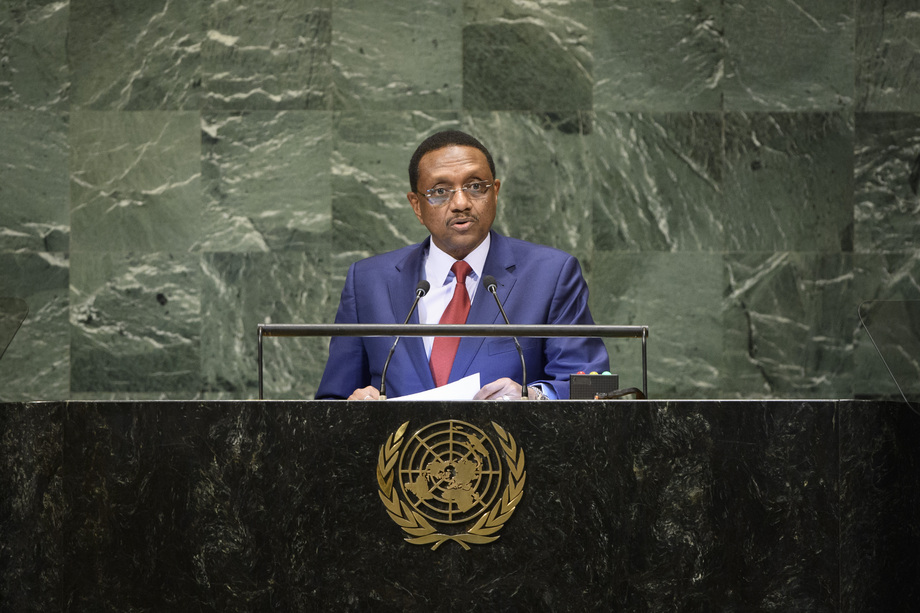 MAHAMAT ZENE CHERIF, Minister for Foreign Affairs, African Integration and International Cooperation of Chad, said the session’s theme reminds all nations that humanity has no choice but to work together to rise to global threats and challenges in a manner based on universal values upon which the United Nations was built.  Africa and more specifically the Sahel region are currently facing some of those graves threats.  Surrounded by conflicts and crises in a region characterized by terrorism, trafficking, transnational crime and desertification, Chad has taken steps to combat those threats, which are jeopardizing development gains.  To overcome such challenges, cooperation is essential.  Indeed, a collective commitment of Lake Chad Basin States led to Boko Haram’s defeat.  Ensuring peace and security is essential for long-term development, he continued, reiterating a call by the Group of Five for the Sahel joint force requesting the Security Council to place its mandate under Chapter VII of the United Nations Charter.

In its own quest towards socioeconomic development, peace and security, he said that Chad will prioritize partnerships based on results in improving conditions on the ground.  Departing from a patronizing approach, the Government will take steps centred on building resilience through sustainable development.  Despite facing challenges, Chad adopted a national development plan to reach those objectives.  Because women play a central role in development processes, the Government passed a law in May introducing a 30 per cent quota for females in the civil service and in elected positions.  Turning to concerns about the Lake Chad Basin, home to 45 million people, he said neighbouring countries are working together to save the body of water from completely disappearing.  But, they cannot do it alone, he said, appealing to the international community for support.

More broadly, migration remains one of the greatest challenges in the region, he said, noting that unabated flows of Africans fuelled by desperation continue to risk their lives to reach Europe.  A viable mechanism to manage migration must address the underlying causes, including poverty, under-development, conflict, climate change and population pressures.  All nations must commit to make an economic and social effort to better manage migration and ensure the protection of migrants’ rights.  The best way to rise to migration challenges is to establish flexible mechanisms and to consider the phenomenon as a way to bring people together rather than view them as a threat.

Highlighting challenges and progress, he first pointed at the Central African Republic, which chose the path of dialogue and reconciliation.  He also commended successful elections in Mali, the recently signed South Sudan peace accord and the Ethiopian-Eritrean agreement.  Turning to Libya, he said the international community must support efforts leading to inclusive dialogue and reconciliation.  Since the instability in Libya has crossed borders into neighbouring nations, he invited partners to support efforts in line with the N’Djamena border security cooperation agreement, signed in May.  Concerned with the situation in Syria and Yemen, he reaffirmed support for United Nations-led efforts to find a political solution to the crisis.  Preoccupied by the worsening situation between Cuba and the United States, he encouraged the parties to work towards normalizing relations.  In closing, he emphasized the need for Security Council reform, underlining an urgent need to allocate a permanent seat representing Africa.  “Like it or not,” he said, “Africa in the twenty-first century is indispensable and its voice must be heard.”