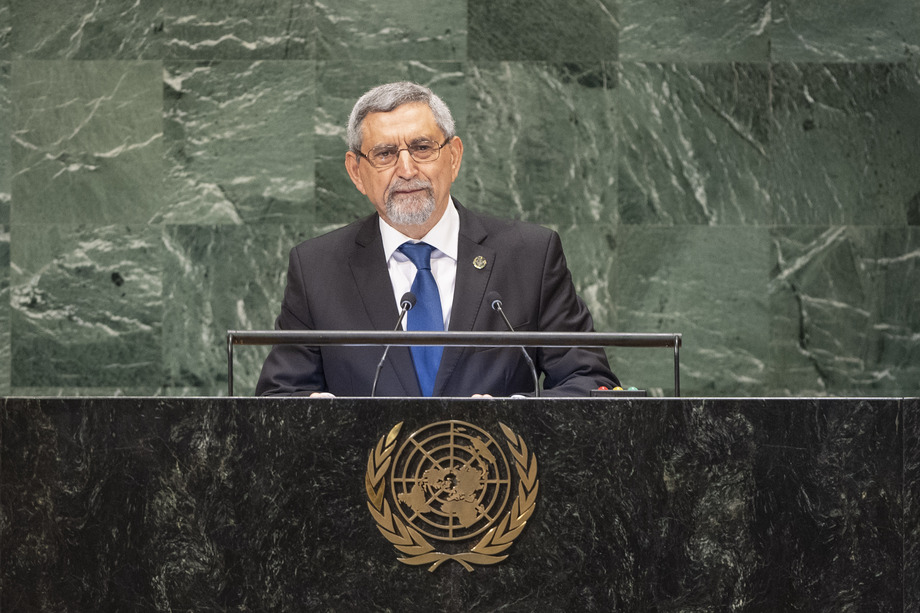 JORGE CARLOS DE ALMEIDA FONSECA, President of Cabo Verde, said that hate, discrimination and violence are still alive despite the upcoming seventieth anniversary of the Universal Declaration of Human Rights.  The integration of human rights standards and principles into the legal order of many countries marks “a major advancement of humanity”, he said.  Yet, as the struggle to ensure the effectiveness of the Declaration intensifies, violations of human rights are virtually institutionalized in large parts of the world.  While noting that such violations are observed in situations of war that afflict many parts of Africa, he reaffirmed his country’s choice to pursue peace and dialogue to prevent and resolve conflicts.

He expressed profound regret that the death penalty still exists and urged those present today to engage in a “profound, careful and responsible reflection” on this issue.  Reiterating his absolute support for Pope Francis’ recent appeal to the conscience of Government authorities, he stressed the need to seek an international consensus for the abolition of the death penalty.  “We firmly believe, in the name of clemency and prudence, that capital punishment is not an appropriate and fair instrument.  Nor is it efficient in achieving justice,” he stated.  Underlining that the death penalty was abolished in Cabo Verde in the nineteenth century, he also called for a universal moratorium on executions, further aligning himself with Pope Francis.

Cabo Verde has been characterized by political stability and can be considered an example of peaceful coexistence of people from different countries, and of various beliefs, he said.  Major international institutions have positively evaluated the economic, human and financial achievements of his nation, which allowed it to achieve middle‑income status.  However, he added, Cabo Verde has to remain reliant on international solidarity due to its services‑based economy, small market and agricultural sector that struggles against desertification.  As it looks to the future, Cabo Verde must take into consideration the increasingly disastrous impacts of climate change — and natural hazard risks — the world faces.

He recalled that his country obtained middle‑income status during a major international financial crisis, and this caused it to miss the window of opportunity such progress typically creates.  Since then, its structural vulnerabilities have worsened and become more complex.  This shows “the need for, and pertinence of, support measures that are distinct and adjusted to the reality of our country” in the spheres of development, trade and foreign debt.  He called for more consequent inclusion and a greater eligibility of island developing countries, in line with the ongoing work at the United Nations and the Organization for Economic Cooperation and Development (OECD), which he encourages.

The Government of Cabo Verde will organize a round table in Paris in December to call for the creation of innovative partnerships that take into consideration its reality as a small island–developing State, he said.  It will be an opportunity for his country to seek its development partners’ opinion on its proposals and discuss various forms of cooperation, in keeping with Cabo Verde’s own national efforts, including its national development plan, which is aligned with the Sustainable Development Goals.