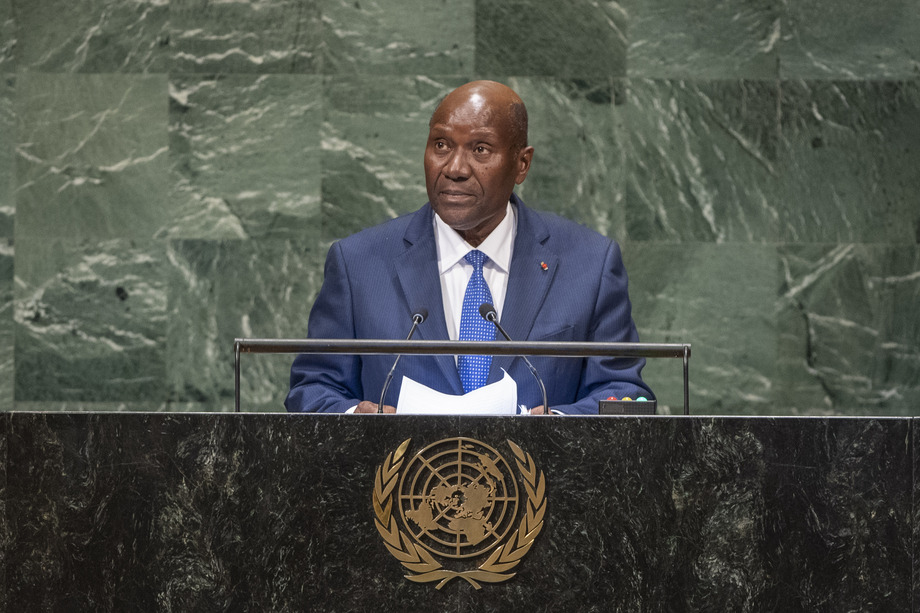 DANIEL KABLAN DUNCAN, Vice-President of Côte d’Ivoire, said reforming and modernizing the United Nations is ever more important at a time when the international community is losing the battle to protect the most vulnerable and promote an inclusive, fair global order.  Tackling current challenges and uncertainties should prompt Member States to embrace the same vision of the central role the United Nations plays in crafting a collective response.  Indeed, the United Nations should become an organization for all people, including by restoring its authority to act and ensure respect for its various resolutions.  Standing at a crossroads, the United Nations must meet many expectations, he said, emphasizing the need to reform the Security Council so it better represents the world.

Meanwhile, other pressing concerns need urgent attention, he said, highlighting that the fight against climate change can be won only if it is recognized as a threat to peace and security.  Moreover, a minimum moral and political consensus must guide actions to deal with crises stemming from conflict, war and the spread of disease, he said, underlining the need for all to honour the commitment to the responsibility to protect.

Focusing on solutions, he said collective security systems will work if the root causes of socio-political difficulties are identified and addressed.  Human beings must be at the heart of the world’s concerns, as reiterated by recent conferences on the rights of children, women and other groups.  Efforts must centre on narrowing development gaps and in examining inequalities that create to fertile ground for recruitment for terrorist groups.  For its part, Côte d’Ivoire has established a national development plan to address those and other concerns, he said, adding that the Government has adopted security-related measures to combat national and regional threats.

Turning to several national concerns, he said his country is working on addressing the challenge of unregulated migration.  Calling for a collective drive to resolve the issue, which affected many young people in Africa, he viewed the challenges from a development perspective, emphasizing the importance of broadening opportunities for youth.  Pointing out that 26 per cent of Côte d’Ivoire’s population are foreigners, he highlighted the benefits of regulating the migration crisis for countries of origin, transit and destination.  Managing migration well would also benefit the fight against human trafficking.  More broadly, the Agenda 2063 of the African Union demonstrates that the continent can transform itself into the “new frontier” for development, he said, reiterating the need to find collective responses to common challenges.