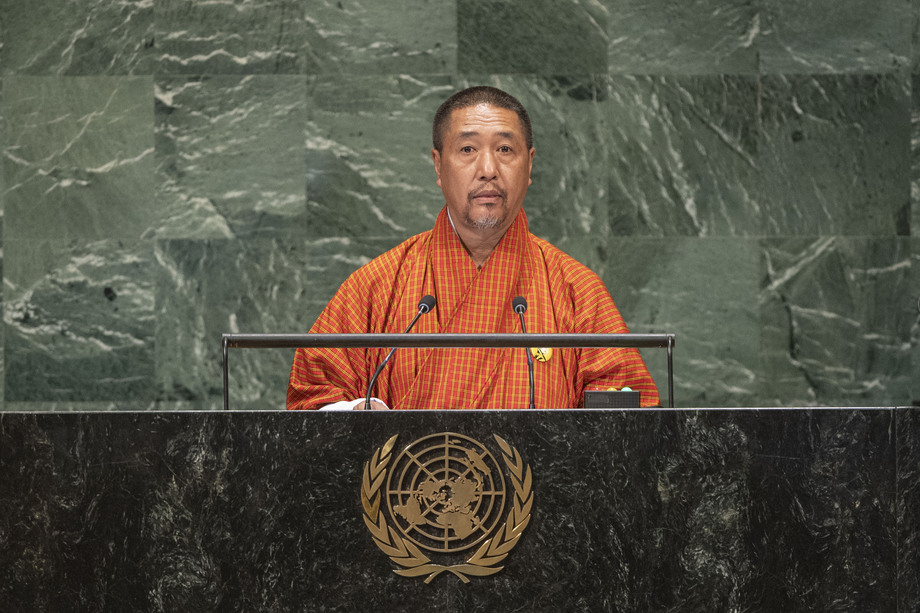 LYONPO TSHERING WANGCHUK, Chief Adviser of the Interim Government of Bhutan, said that the reform of the United Nations, including the Security Council, must focus on accommodating the interests and concerns of all Member States, particularly the unrepresented and underrepresented.  Bhutan is well on track to implementing the 2030 Agenda.  As a tiny landlocked country in the Himalayas, Bhutan started its development in 1961.  While it has achieved two of the three thresholds to be eligible to graduate from the group of least developed countries, it was not able to achieve the Economic Vulnerability Index threshold.  Bhutan continues to face serious economic challenges and vulnerability to natural disasters.

Graduation from the group of least developed countries must be done in a sustainable manner by building productive capacity and economic resilience, he said, stressing the need to ensure that there is no back slippage on hard‑earned development gains.  Graduation must be sustainable without disrupting ongoing development plans.  The ever‑increasing environmental pressures from climate change, biodiversity loss, water scarcity, soil degradation, and air and water pollution have far‑reaching economic and social consequences, which contribute to poverty and social inequality.

“Earth cannot and must not be the monopoly of homo sapiens,” he said, recalling a Buddhist tenet associated with conservation and protection of the five elements of the planet.  He called on leaders to tackle climate change and expressed support for the Paris Agreement.  As a small developing country with a population of half a million people, Bhutan remains fully committed to the cause of international peace and security.  It has also been working towards gradually broadening and deepening engagement with United Nations peacekeeping operations.

Since Bhutan’s 2008 transition from an absolute benevolent monarchy to a democratic constitutional monarchy, it has had two elected Governments, he continued.  The term of the second elected Government concluded last month and the third parliamentary elections are under way.  The primary round of elections just concluded on 15 September; the general round of elections are slated for 18 October, and the new Government is planned to be sworn in by early November.  Over the past decade, the people of Bhutan have focused on establishing a strong, functional and intelligent democracy, he added.