H.E. Mr. Jean-Claude Felix Do Rego, Chair of the Delegation 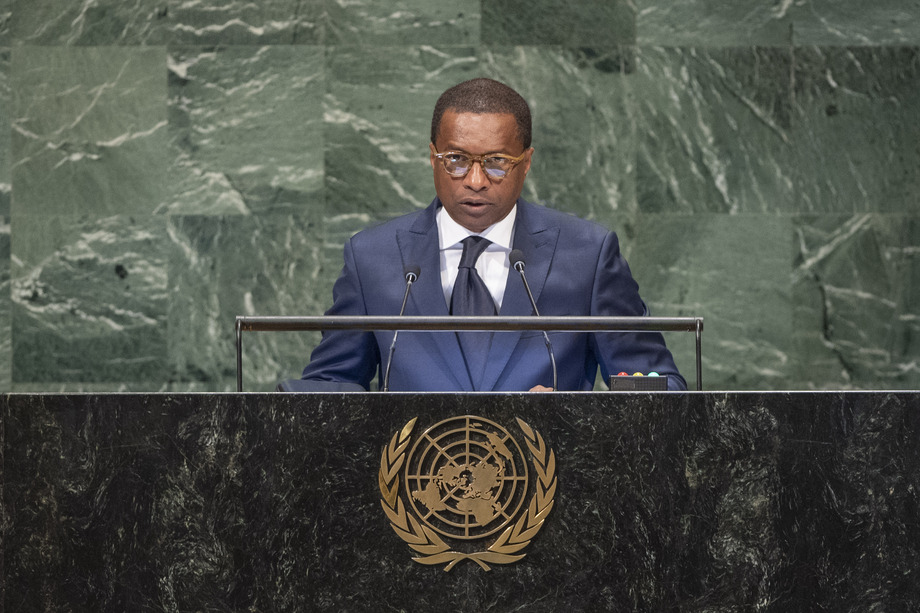 JEAN-CLAUDE FÉLIX DO REGO (Benin) said that with a world in the grip of crises, the United Nations must work together with great determination.  Indeed, the international community must commit to work together to find suitable long‑term solutions to contemporary crises.  International relations should be based on the increasingly close cooperation of States and the harmonious functioning of international organizations, focused on common interests and international security.  In that regard, Benin welcomed the conclusion of the Global Compact for Migration and looks forward to its adoption in Marrakech.  That achievement demonstrated the power of multilateralism and the international community’s ability to agree on issues that went beyond national sovereignty.

Turning to development, he said the acceleration of the implementation of the Sustainable Development Agenda is a key priority.  Improving governance is a “sine qua non” for achieving the Sustainable Development Goals.  With a strengthened legal arsenal to address economic crimes and terrorism, the fight against corruption is at the heart of his Government’s work, he said, noting that this is necessary to ensure that financial resources are really used toward their stated ends.  At the same time, his Government is working to ensure better health care for its population and has begun a fight against a scourge of falsified medicines circulating in his country.  Meanwhile, his country is also focused on developing its tourism sector and will develop flagship projects in that area to create the conditions for tourism to become a key driver of growth.

Peace and international security is a foreign policy priority, he said, calling peacekeeping one of the “most important tools of the United Nations”.  Even though Benin has limited means, the country has been involved in several international initiatives to prevent crises and help keep peace.  As such, it looks forward to reforms to the security pillar of the United Nations.  He hailed the zero‑tolerance policy of the United Nations to combat sexual exploitation before expressing concern about dwindling resources in peacekeeping.  “Doing more with less” is not suitable given the increasingly complex challenges facing peacekeeping operations today, he said.