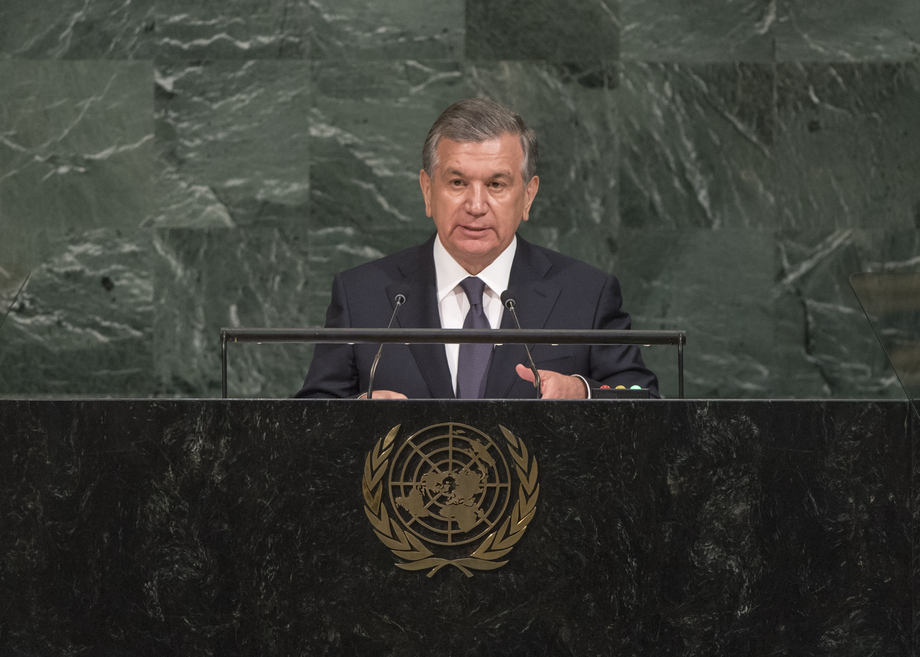 SHAVKAT MIRZIYOYEV, President of Uzbekistan, said that his country stood for the gradual reform of the United Nations.  In accordance with the realities of the modern world, the Security Council should be expanded, and he supported the steps taken by the new leadership of the United Nations to improve the system of its management.

As Uzbekistan was at the heart of Central Asia, the region should become a zone of stability and sustainable development, he said.  His country was determined to engage in dialogue and constructive interaction and make reasonable compromises with the countries of Central Asia.  The signing of the Treaty on the State border between Uzbekistan and Kyrgyzstan in September was a landmark event made possible because of the political will demonstrated by all parties involved and their readiness to find mutually acceptable solutions.

The issue of shared water resources was also key for security and stability in Central Asia, he said, and there was no alternative to addressing the water problem other than considering the interests of all countries in the region.  He supported the draft conventions on the use of water resources of the Amudarya and Syrdarya river basins developed by the United Nations Regional Centre for Preventive Diplomacy.

Turning his remarks to Afghanistan, he said that the stabilization of the situation in that country was an important condition to ensure not only regional but global security.  The only way to bring peace to that country was via a direct dialogue among the central Government and main domestic political forces without preconditions.  The negotiations should be Afghan-led on the territory of Afghanistan and under the auspices of the United Nations.  Uzbekistan had been making contributions to the economic reconstruction of Afghanistan and would continue to do so, he said.

On the threat of terrorism, countermeasures were often reduced to combating the consequences of the challenge rather than its root causes, he said.  Along with other factors, ignorance and intolerance were at the heart of international terrorism and extremism.  With that in mind, it was important to fight for the minds of people, particularly young people.  Most of the crimes linked with extremist activity and violence were committed by people under the age of 30, he said.  The planet’s future and well-being depended on what kind of people our children would grow up to be.