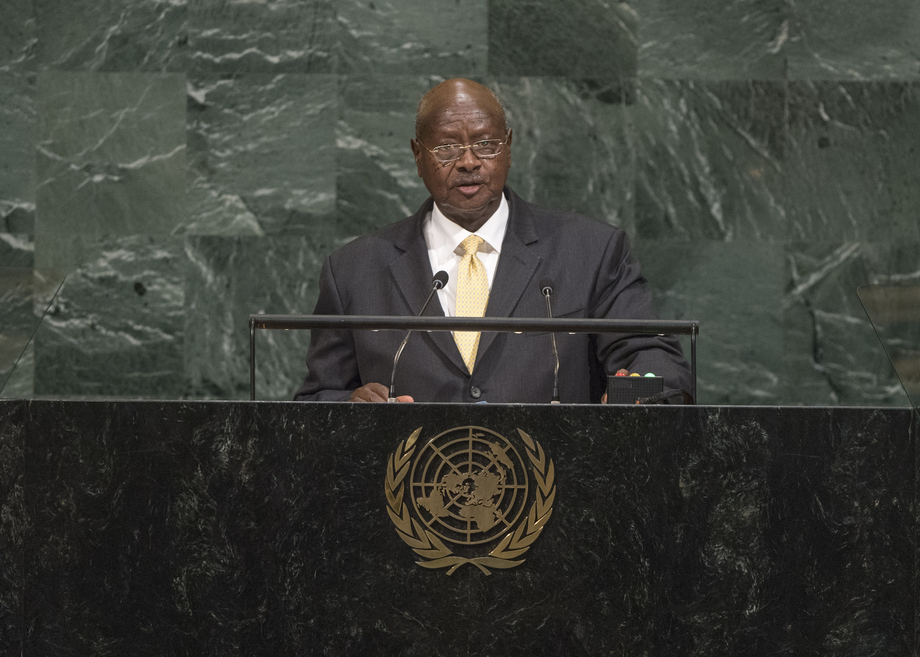 YOWERI KAGUTA MUSEVENI, President of Uganda, asked who would lose if all the world’s people led a decent life that included access to a sufficient diet, immunizations, education, health, electricity, decent work and clean water.  What if people did not have to worry about war, terrorism and crime, and if every producer of services or goods enjoyed fair access to the global markets? he asked.  What if all countries had good transport and other critical infrastructure?  Why was it that only “bad businessmen” enjoyed lucrative global business opportunities?

He went on to recall that a few months ago, he had cautioned fellow farmers against excessive greed in food pricing, adding:  “The more buyers we have for our products, the more prosperous we will be.”  It was possible to be “both good business persons and good Christians,” he emphasized, describing parasitism as the only obstacle to global affluence, prosperity and peace.

Regarding the dangerous situation on the Korean Peninsula, he said he had only one question: “Who would lose if North Korea and South Korea, those kith and kin, were left alone to discuss their reunification?”  Both of those nations had been temporarily divided towards the end of the Second World War, he recalled, asking why that division had been allowed to become permanent.  A unified Korea would be a very strong nation, he emphasized, demanding to know why outside forces continued to be allowed to divide Korea.

Africa had encountered similar experiences, he said, adding that the continent was still striving to prevent both foreign and local actors from dividing its peoples.  Uganda, for its part, had accommodated many African refugees because of its “conscious ideological position,” he said, adding that “we only fight traitors”.  Reverting to the Korean Peninsula situation, he cited historical contexts for reunification, asking:  “Who was hurt by a unified Viet Nam or a reunified Germany?”