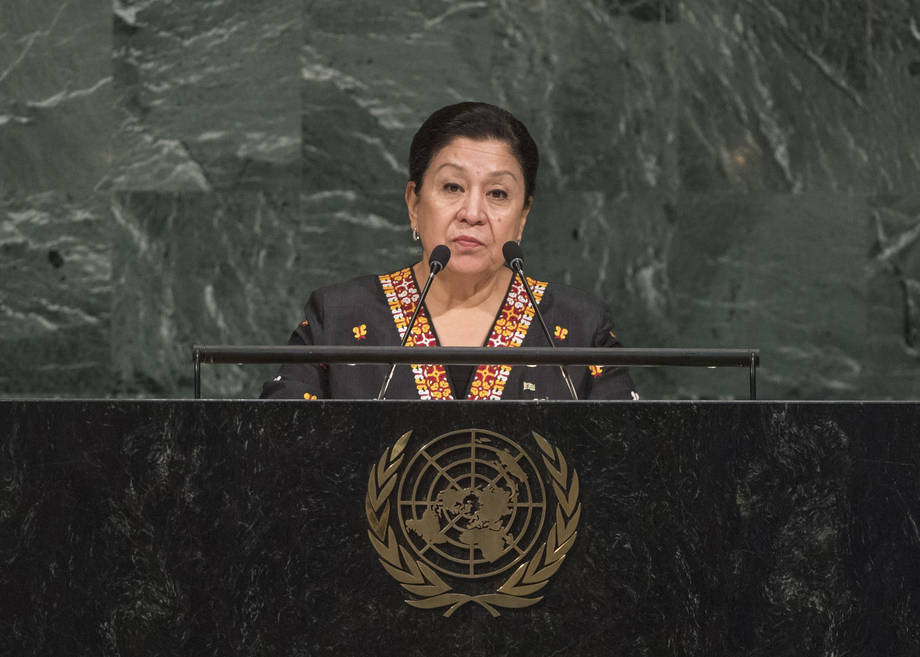 AKSOLTAN ATAEVA (Turkmenistan) said global cooperation was the key to resolving such issues as hunger, terrorism and the drug trade, among others.  Terrorism, in particular, threatened to undermine global efforts towards prosperity and was among the gravest menaces.  Voicing support for the United Nations Global Counter-Terrorism Strategy and its implementation at all levels, and for the Ashgabat Declaration on the implementation of the United Nations Counter-Terrorism Framework in Central Asia, she recalled that the Organization’s Preventive Diplomacy Centre in Central Asia — based in Turkmenistan — marked its tenth anniversary this year.  Her country would submit a related resolution to the Assembly’s First Committee (Disarmament and International Security) during the session.

Describing the Sustainable Development Goals as another critical area for cooperation, she outlined Turkmenistan’s national focus on sport for the achievement of peace and development and said Turkmenistan would host the upcoming Seventh International Conference of Ministers and Senior Officials responsible for sport.  Underlining the importance of Assembly resolutions 69/217 and 70/217 on sustainable transport, she recalled that the United Nations global conference on that issue had been held in Ashgabat in 2016 and said Turkmenistan would submit a resolution on that topic as it related to the Goals of the Second Committee (Economic and Financial).  Turkmenistan would also be the next chair of the International Energy Charter, working to develop new global policies on sustainable energy, and it invited States to take part in the group’s next conference to be held later this year in Ashgabat.