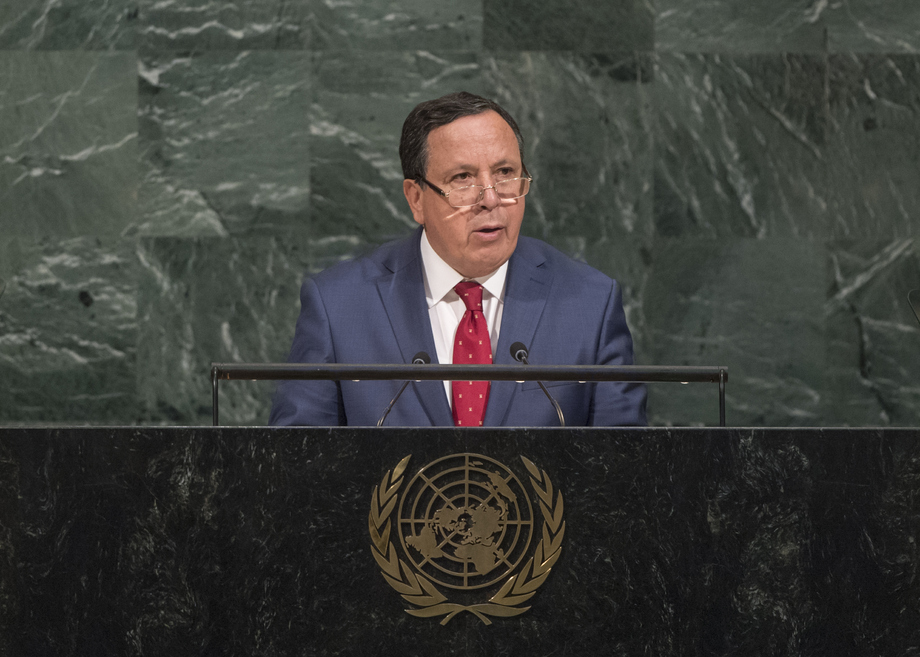 KHEMAIES JHINAOUI, Minister for Foreign Affairs of Tunisia, recalled that, since 2011, his country had made strides in democratization and the promotion of State institutions, including those to protect human rights.  Recalling Tunisia’s first democratic election in 2014, he said addressing the threat of terrorism had forced it to double the budget of its military and security forces.  While such funding had allowed the Government to foil terrorist plots and preserve its security, more international support was needed.  Noting that Tunisia was promoting business investment and tourism, working to meet the employment demands of its young people, he stressed that the world’s hotbeds of terrorism were fuelled by poverty and war, and linked to organized crime, refugee flows and large-scale violations of human rights.

Calling for a comprehensive global response to the terrorist threat, he said more resources were also needed to address climate change.  Tunisia had mainstreamed the Sustainable Development Goals in its national plan for 2016‑2020, also aligning its development priorities with African Union Agenda 2063.  Noting that it would present its first report on the implementation of the Goals at the next session of the Economic and Social Council High-Level Political Forum for Sustainable Development, he said it was critical to consider countries’ specific situations as they implemented those targets.  Indeed, reductions in financing to developing countries — especially in Africa — as they worked to achieve those goals would have a negative impact.  Tunisia had also signed the Paris Agreement, having committed to reducing its emissions by 41 per cent by 2030.

More broadly, he called for resolution of the Israeli-Palestinian conflict centred on the prompt establishment of an independent Palestinian State.  Voicing concern about the conflict in neighbouring Libya, he said Tunisia was playing a mediation role, along with Algeria and Egypt.  All solutions to that issue must be in line with Security Council resolutions and avoid creating a leadership vacuum.  Current negotiations must serve as a springboard for a full and peaceful resolution.  On Syria, he urged parties to reach a consensus solution that preserved that country’s unity and territorial integrity, while addressing its catastrophic humanitarian situation.  The crisis in Yemen required more international support, he said, also condemning the flagrant violations of the human rights of the Rohingya people in Myanmar and urging the international community to intervene to end the violence.