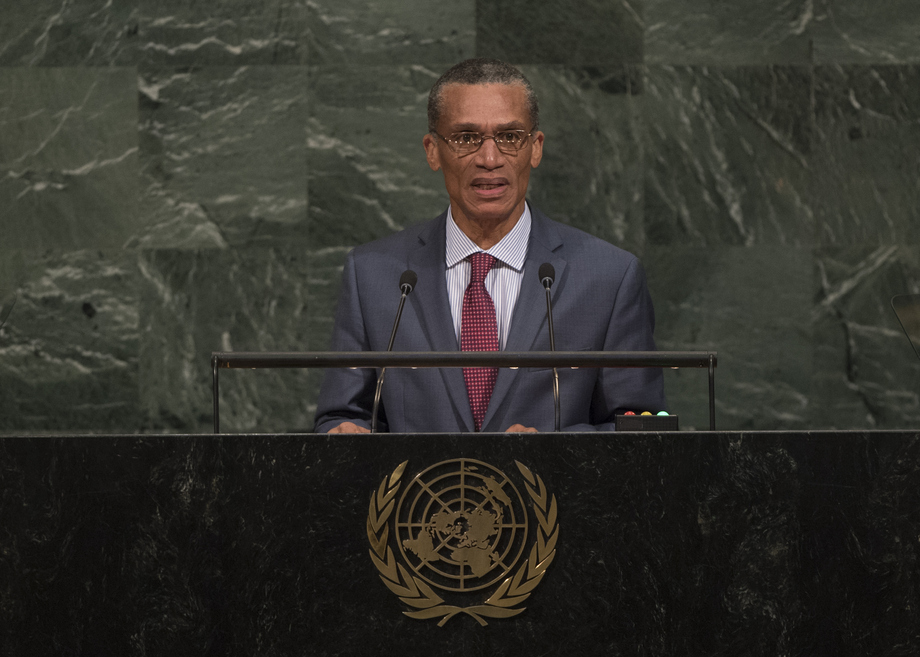 DENNIS MOSES, Minister for Foreign and Caribbean Community (CARICOM) Affairs of Trinidad and Tobago, said his region was experiencing the impacts of climate change on an “unprecedented scale”.  Rebuilding efforts required the resources and collaboration of the international community.  Trinidad and Tobago joined other Caribbean nations in calling for increased access to development assistance, regardless of income classification.  That would have to include debt relief efforts.  For its part, his country was committed to a 30 per cent decrease in transport-related emissions.

Trinidad and Tobago had mapped its development goals in line with the Sustainable Development Goals, he said.  As a small island nation, it was focusing on Goal 14 on ocean conservation and the development of a legally binding instrument for the conservation and sustainable use of marine areas beyond national jurisdiction.  Properly managed oceans were central to future prosperity.  Inclusive approaches to development required the active participation of women, he said, echoing the Secretary-General by saying “Women’s rights are human rights.”  Trinidad and Tobago had recently outlawed child marriage, he added.  Achieving the Sustainable Development Goals would require a more “flexible and tailored” United Nations development system, and reforming it could help ensure coordinated and cost-effective action.

Migration, nuclear proliferation and the illicit trade of small arms and light weapons were among the greatest destabilizing factors of the time, he said.  Trinidad and Tobago remained committed to the Arms Trade Treaty and the prohibition of nuclear weapons.  He reiterated his country’s “unequivocal commitment” for an end to the embargo on Cuba.  Sovereign equality of States was a cornerstone of the United Nations Charter, he said.  As a “forefather” of the International Criminal Court, Trinidad and Tobago resolutely supported the Court’s mandate and objective to end impunity for the perpetrators of the most heinous crimes.