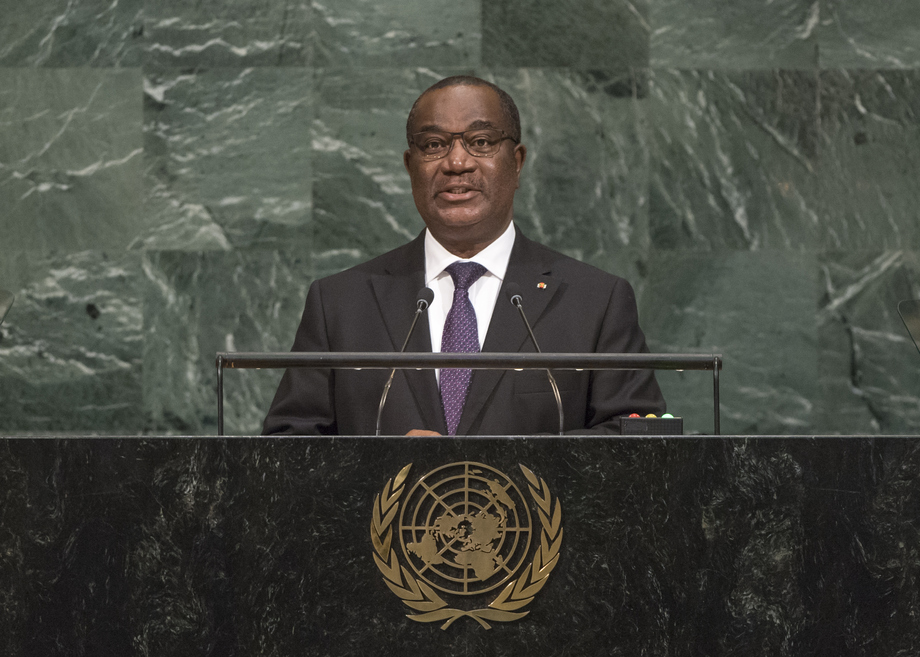 KOMI SELOM KLASSOU, Prime Minister of Togo, said that human security had to be at the centre of the United Nations work.  His country was preparing to launch a new national development programme that identified clear priorities towards achieving the Sustainable Development Goals and, in that regard, a new office had been created to closely monitor progress.  The well-being of all its citizens was driving Togo’s general policies, with a focus on the most vulnerable sectors of society.  No effort had been spared to guarantee inclusive growth and targeted areas of intervention had been identified.  The current challenges faced by his continent required the economic transformation of the region, he said, calling for the assistance of African elites and international solidarity.

With a focus on the country’s youth, Togo was prepared to revamp its education system, he said.  Plans were in place to make all schooling free and provide free meals and health care to students.  Access to water and energy and promoting entrepreneurship, job creation and the empowerment of women were among other priorities.  A national health-care plan was being developed, he said, referencing the need for effective mechanisms to mitigate disasters.  The toll of recent natural hazards in West Africa brought back memories of the recent Ebola crisis.  To face those collective challenges, he called on the international community to take on climate change and “preserve the planet at all cost”.  All countries also needed to work towards eradicating diseases as that took a heavy toll on Africa.

Harmonious development called for peace and rule of law, he said, noting that Togo was in the process of adopting term limits for members of Parliament and the President.  Indeed, reform had to come from the people.  Turning to human rights, he said Togo was “unwavering” in its defence of fundamental freedoms.  Migration and its security implications called for solutions to current conflicts.  The situations in Syria, Libya and Iraq were not limited to their borders and destabilized the region.  He expressed hope that African nations would work together to resolve disputes faced by other continents.

“Borderless threats” called for cooperation, he said, adding that terrorism and piracy were a grave concern for Togo.  Pirates were controlling maritime territories and terror attacks were occurring across the world, he noted.  The G-5 Sahel was making commendable progress in tackling the threat of terror in the region and the African Union had implemented a legally binding mechanism to protect oceans and seas.  Ending extremism called for providing convincing alternatives to radicalization.  He said it was undeniable that without peace and security development goals would not be met and called for dialogue to ease tensions in Asia following nuclear tests.

Progress called for revitalization of the United Nations, he said, commending the Secretary-General’s push for reform of peacekeeping operations.  Reforms would make the Organization more efficient, and he called upon Member States to make a concerted effort to conclude that process.  Togo pledged to use its position in international organizations like ECOWAS to ensure inclusive representation for all.