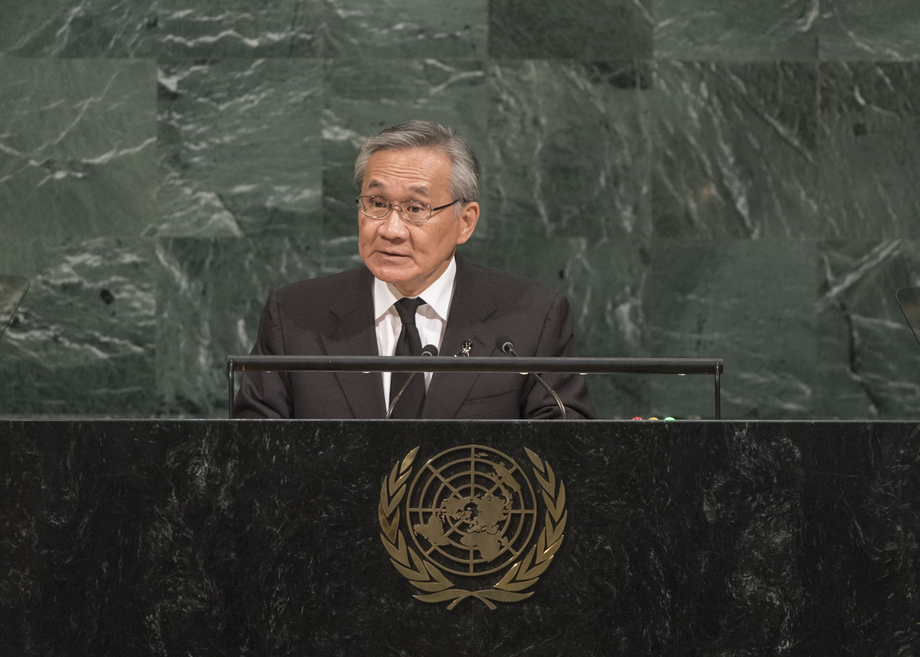 DON PRAMUDWINAI, Minister for Foreign Affairs of Thailand, said his nation agreed with the Secretary-General that the focus should be on people, not bureaucracy.  The United Nations must be less about debate and more about action.  When people lived decent lives, they thrived, and in turn, nations and our planet prospered.  When people struggled, nations did not advance.

Thailand envisioned that the lives of its people should become stable, prosperous and sustainable.  It aimed to build a value-based economy in which resources were used efficiently and in an environmentally friendly manner.  That economy required human wisdom more than it did high technology.  Since 2002, Thailand had embarked upon its universal health coverage system, which was an investment in its people and its future.  At present, 99.87 per cent of the population enjoyed health coverage, and the system had prevented more than 100,000 households from falling into poverty over the past decade.  In 2016, the World Health Organization (WHO) recognized Thailand as the first country in Asia and second in the world to eliminate mother-to-child transmission of HIV and syphilis.

He expressed grave concern over the situation in the Korean Peninsula, and the recent nuclear and missile tests by the Democratic People’s Republic of Korea.  He encouraged all parties to find a peaceful solution, along with full implementation of Security Council resolutions.  He also expressed deep concern about the ongoing violence and conflict elsewhere in the world.  As a neighbour, Thailand could not turn a blind eye to the situation in Rakhine State, which recently forced hundreds of thousands to leave their homes.  Humanitarian situations could not be solved overnight, but rather, called for long-term political and socioeconomic solutions.