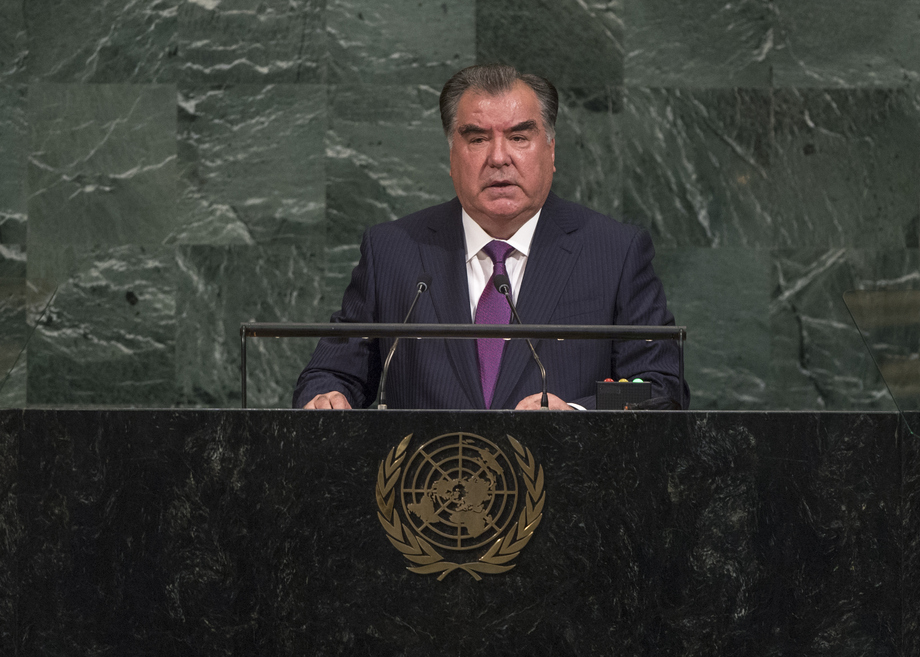 EMOMALI RAHMON, President of Tajikistan, said rapid globalization had led to development as well as challenges that had sometimes jeopardized United Nations efforts to help people lead secure lives.  The Organization should continue to carry out its mission, coordinating Member State efforts to build resilience to threats and challenges.  It was impossible to address new global challenges without strengthening the United Nations system, reforms that should enhance its capacity to respond to threats and risks around the world.

Tragic events had undermined international commitments to bring about sustainable development, he said, citing terrorism, transnational organized crime and drug trafficking in that context.  Stressing that terrorist movements flourished in hot spots around the world, he said such horrors were not connected with Islamic teachings and did not know the tolerance of Islam.  Confronting those threats required Member States to make stupendous efforts and refrain from double standards.

Peace, stability and cooperation were essential for resolving the situation with the Democratic People’s Republic of Korea, he said, noting that in Afghanistan, the growing activity of violent terrorist groups was a matter of serious concern.  It was high time to take strong, coordinated measures to tackle terrorism and drug trafficking, he said, calling on the international community to help, just as his country was ready to do so.

Calling the adoption of the 2030 Agenda a milestone for the international community to work together, he said Tajikistan had made great strides in the implementation of the Sustainable Development Goals.  For the success of the Agenda as a whole, it was necessary to help less developed countries, including landlocked nations that lacked access to ports.  They required more assistance and the United Nations, through the Economic and Social Council and specialized agencies, should play an important role.

On the Paris Agreement, he said the goals enshrined in that critical document determined the obligations of the international community in reducing carbon dioxide emissions.  Climate change had accelerated the melting of glaciers, which affected water level rise.  Tajikistan suffered from water—related disasters and had spent hundreds of millions of dollars in tackling such problems.