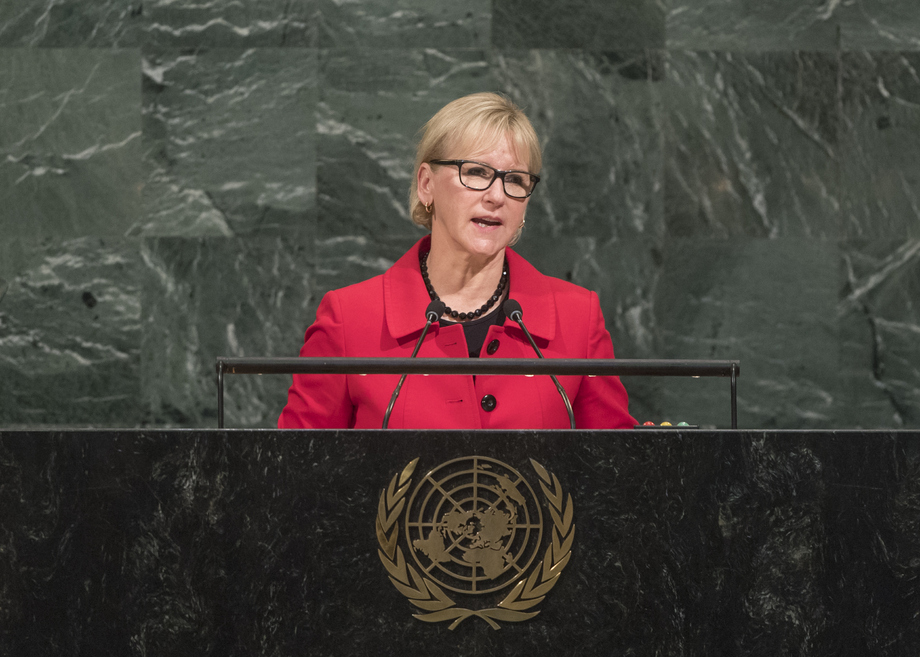 MARGOT WALLSTRÖM, Minister for Foreign Affairs of Sweden, said “this is the moment for multilateralism, not unilateralism”, adding that, if countries did not grasp that chance, they would face the consequences.  Today, “going it alone” was not an option.  The United Nations had helped to reduce extreme poverty, increase life expectancy and extend life-saving humanitarian assistance.  Its development system must be radically reoriented to achieve the 2030 Agenda, complete with modern management systems.  Those reforms could not be pursued in isolation, because people did not experience life “in pieces”.  Development, peace and security and human rights were interlinked, and so should be global efforts.

Recalling that States were obliged to ensure more flexible financing, especially un-earmarked funding, she warned against cherry-picking to accommodate national interests.  Sweden planned to make $350 million available in 2018, bringing its budget to its highest ever, and fulfilling its promise to devote 1 per cent of its gross national income (GNI) to official development assistance (ODA).  On the Security Council, Sweden was working both with Council members and the wider membership to deliver results.  “Neither war nor peace is inevitable,” she said; it resulted from choices made.  She urged the Council to recognize the primacy of politics in its mandates and address the causes of conflict.  She urged it to better address the situation in Myanmar, which was a “haunting reminder” that the seeds of conflict had been ignored.  It must implement recommendations by the Advisory Commission led by former Secretary-General Kofi Annan.

For its part, Sweden would continue to work towards a political solution in Syria, she said, and encouraged parties in South Sudan to lay down their arms and engage in peace talks.  Efforts must also be made to implement the two-State solution for resolving the Israeli-Palestinian conflict.  Perhaps the greatest threat today was from provocations by the Democratic People’s Republic of Korea, she said, calling on that country to return to negotiations and follow the path towards denuclearization.  In the meantime, sanctions must be accompanied by efforts to reach a political solution.  She urged all countries to form their own feminist policies.  With climate change threatening to wash away development gains, and some doubting its existence, she asked:  “Are you really willing to take that chance?”