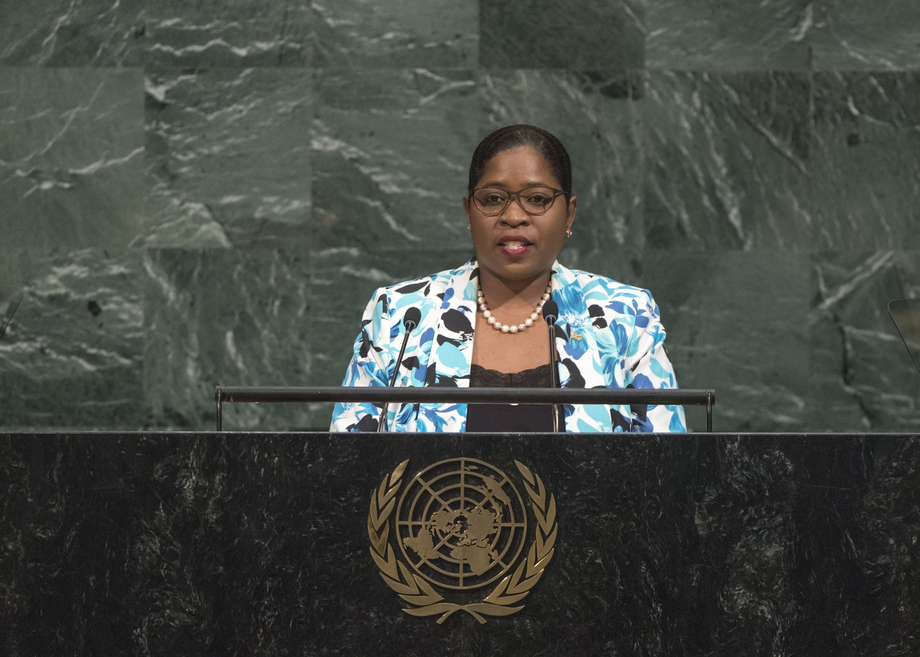 YLDIZ POLLACK-BEIGHLE, Minister for Foreign Affairs of Suriname, said her country had entered a period of national unity.  Being no stranger to foreign intervention, Suriname called for an end to detrimental military incursions across the world.  Interventions in the Middle East had only served to foster greater divisions, she said.  Through experience, Suriname was aware that dialogue and mutual respect were the roads to peace and recovery.  Without the support of civil society, prosperity would be elusive.  Suriname was concerned with the rise of right-wing extremism across the world, she said, pointing to her country as a model for diversity and integration.  Nuclear proliferation was a great destabilizer, she said, calling on all Member States to follow the example of South America and the Caribbean in remaining a nuclear-free zone.

Political conflicts were coinciding with the onslaught of adverse climate patterns, she continued.  The devastating hurricane season in the Caribbean had shown that some affluent nations had inward-looking policies and ignored truly global problems.  Nations had to proportionally contribute at the global scale to mitigate risks.  The status of “middle-income country” was hurting Caribbean nations, she said.  Classification criteria ignored vulnerabilities posed by climate change.  She called for accessible development financing from a diverse array of mechanisms.  Recognizing her country’s reliance on the extractive sector, she said Suriname was investigating initiatives to expand its economy and focus on environmental conservation.

Development had to be inclusive, she said.  Suriname recognized the “utmost importance” of youth involvement in the public and private sectors.  A “youth-adult partnership” programme had been launched to mentor future politicians and business leaders.  Suriname was also implementing initiatives to ensure the involvement of women at the “highest levels of political decision-making”.  Inclusion must also extend to the international community, she said, calling for an end to the unilateral sanctions imposed on the people of Cuba and urging dialogue to resolve the situation in Venezuela.  The achievement of the 2030 Agenda and Sustainable Development Goals called for United Nations reform.  She affirmed Suriname’s full support for the Secretary-General’s initiatives.