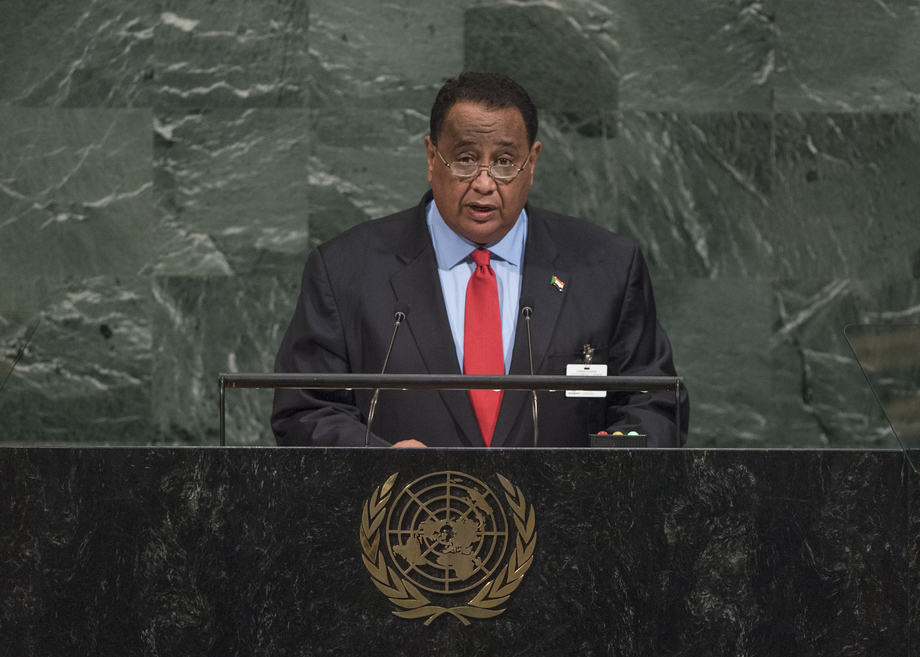 IBRAHIM AHMED ABDELAZIZ GHANDOUR, Minister for Foreign Affairs of Sudan, said his country looked forward to playing an effective role in the United Nations.  Implementation of an exit strategy for the African Union-United Nations Hybrid Operation in Darfur (UNAMID), as set out in Security Council resolution 2363 (2017), demonstrated that Sudan had turned the page on conflict and embarked on a new era of peace and stability.  Going forward, it hoped to benefit from the United Nations Peacebuilding Fund, as well as the World Bank and its mechanisms as its Government implemented the results of national dialogue and encouraged remaining armed groups to join the quest for peace, he said.

Recalling that the Government had extended its unilateral ceasefire until October, he expressed Sudan’s deep concern at the lack of strict action by relevant United Nations entities and the international community vis-à-vis rebel groups operating from Libya and South Sudan.  He welcomed the report of the Panel of Experts on the Sudan established pursuant to Security Council resolution 1591 (2005) and called for the recommendations of its Chairman to be supported.  That Panel had commended the Government’s cooperation and stressed that Darfur had regained stability and security.  He went on to say that Sudan opposed the politicization of international justice and considered the International Criminal Court to be an organization that manipulated the law for political objectives.

He emphasized the Government’s efforts to fight terrorism, human trafficking, drug trafficking and cybercrime, as well as its assistance to 3 million refugees from neighbouring countries and beyond.  On a recent visit, the United Nations High Commissioner for Refugees commended Sudan for opening its borders when others were closing theirs.  Sudan was committed to working with IGAD and the African Union towards peace and security in South Sudan and to help address the humanitarian crisis there.  Having met all technical conditions, Sudan looked forward to having its outstanding foreign debt forgiven, in line with the Heavily Indebted Poor Countries Initiative, he said.