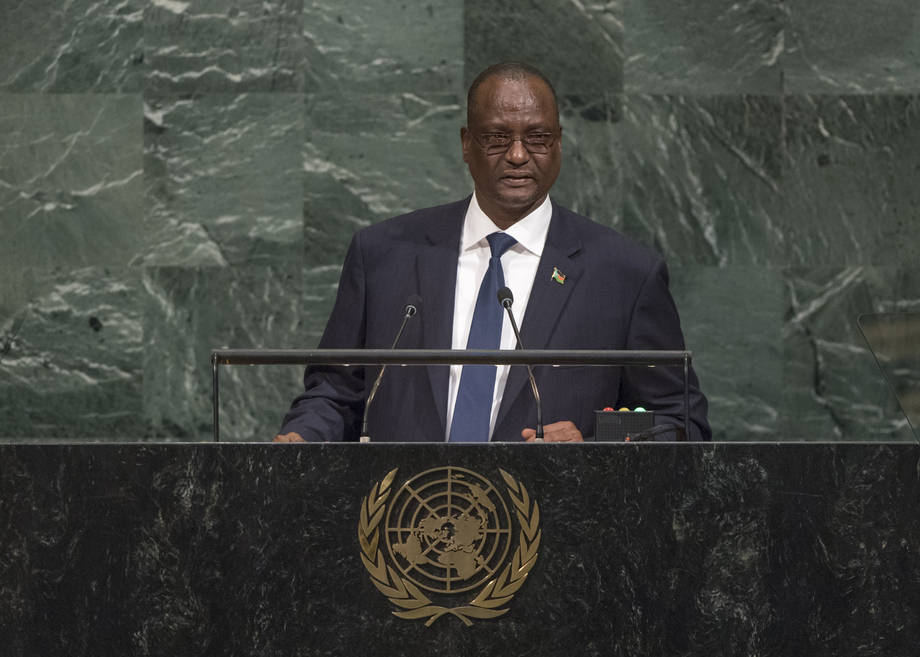 TABAN DENG GAI, First Vice-President of South Sudan, commended the efforts of the Intergovernmental Authority for Development (IGAD), the African Union and international partners to shun and isolate political actors that sought power through violence.  “Nonetheless, we do not wish to delude ourselves that peace, unity and development can be achieved overnight,” he said, adding that “the realization of peace takes time”.  Attaining peace in South Sudan required collective efforts, he said, adding that its Transitional Government of National Unity had embraced the full implementation of the Agreement on the Resolution of Conflict in South Sudan as the only instrument pivotal to achieving those ends.

The Government had stood by its commitment to the unilateral ceasefire announced by President Salva Kiir in May, he said, calling on estranged opposition groups to reciprocate.  Noting that it was also working to implement key transitional security arrangements, such as security sector reform and cantonment of forces, he said several grass-roots intercommunal peace processes were also under way with a focus on women and youth.  Outlining similar initiatives being carried out by the Government, religious leaders, the United Nations Mission in South Sudan (UNMISS), the United Nations Development Programme (UNDP) and other partners, he said South Sudan was optimistic about the return of peace.  Refugees and internally displaced persons were beginning to return to their villages.

In that context, he continued, the National Dialogue Initiative was making strong and steady progress on the release of prisoners and journalists, expansion of the steering committee to include all relevant stakeholders, outreach to opposition figures and the declaration of the unilateral cessation of hostilities.  South Sudan enjoyed cordial relations with its neighbours including Ethiopia, Kenya, Sudan and Uganda, with those countries hosting South Sudanese refugees, providing corridors for humanitarian access and supporting South Sudan’s development.  On Abyei, he reaffirmed the Government’s willingness and readiness to implement the African Union High-Level Implementation Panel’s 2012 proposal, and hoped both South Sudan and Sudan would soon resume cooperation on its implementation.  The Government was also cooperating with the Regional Protection Force associated with UNMISS, and would work towards its smooth operationalization.

Describing South Sudan’s efforts to ensure unhindered humanitarian access, as well as to reverse the famine situation in parts of the country, he stressed that saving livelihoods — not just lives — was also important.  “The old paradigm of humanitarian intervention first and development later is not a viable policy option in the case of South Sudan,” he said, calling for efforts to incentivize peace and stability through a balanced approach to development and embracing a new way of working.  “It is our expectation that a smart combination of development and humanitarian support is needed” to maintain positive momentum.  Expressing support for efforts that would lead to free, fair and credible elections in his country, he called for adequate preparation and the allocation of necessary resources.  Such work could be sustained if, and only if, all political actors continued to respect and reciprocate the unilateral ceasefire.  Finally, he urged the international community to make progress on such critical issues as Security Council reform, tackling climate change and ensuring that the Democratic People’s Republic of Korea complied fully with all Council resolutions on denuclearization.