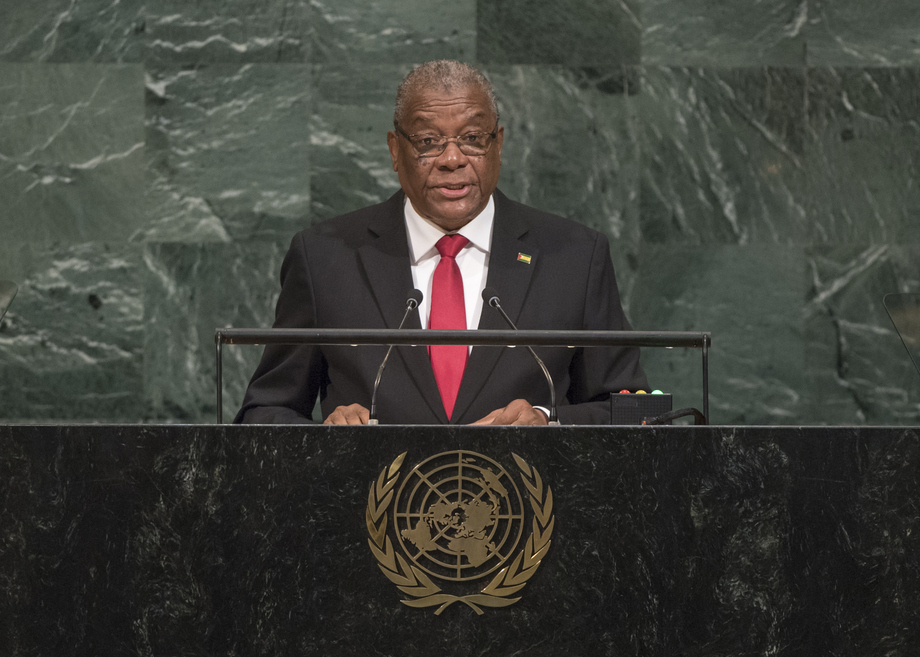 EVARISTO DO ESPIRITO SANTO CARVALHO, President of Sao Tome and Principe, said it was urgent to carry out essential reforms at the United Nations.  Calling for greater inclusion in decision-making and strategic planning, he said international financial institutions, such as the International Monetary Fund (IMF) and the World Bank must closely follow such guidelines.  The primary focus of any national, regional or international policy must be to improve the lives of all people.

Conflicts that troubled the world must be strongly condemned, he stressed, adding that current divisions and tensions were the results of a lack of dialogue among involved parties.  It was unacceptable that extremism and populist rhetoric continued to curtail so many lives.  He called for dialogue on the Korean Peninsula, a cessation of hostilities in Syria and the need to accelerate dialogue in the Middle East.  The international community must take action to find solutions for Ukraine, Western Sahara and Guinea Bissau.

He expressed concern for the deteriorating security and humanitarian situation in the Central African Republic.  Condemning the barbarity of terrorism that continued to claim so many human lives, he said the atrocities committed by Boko Haram in neighbouring Nigeria had slowed down efforts made towards achieving sustainable development.  People must be able to live decent lives, and the international community had a civic responsibility to welcome refugees and the displaced and provide them with humanitarian assistance.

On sustainable development, he highlighted efforts of the African Union and the 2063 Agenda, whose implementation, he said, was tailored to the cultural specificities of each country.  The initiative also called on Governments to clearly commit to its success.  Combating climate change was perhaps the most complex objective for which all humanity was called upon to intervene, he added, urging the implementation of the Paris Agreement.

As a small developing island State, Sao Tome and Principe’s economy remained highly vulnerable, he said.  As such, it was necessary to think and design alternative ways of addressing its complexity.  His Government had re-established diplomatic ties with China, which would strengthen its development partnership.  He also called for the normalization of relations between Cuba and the United States.