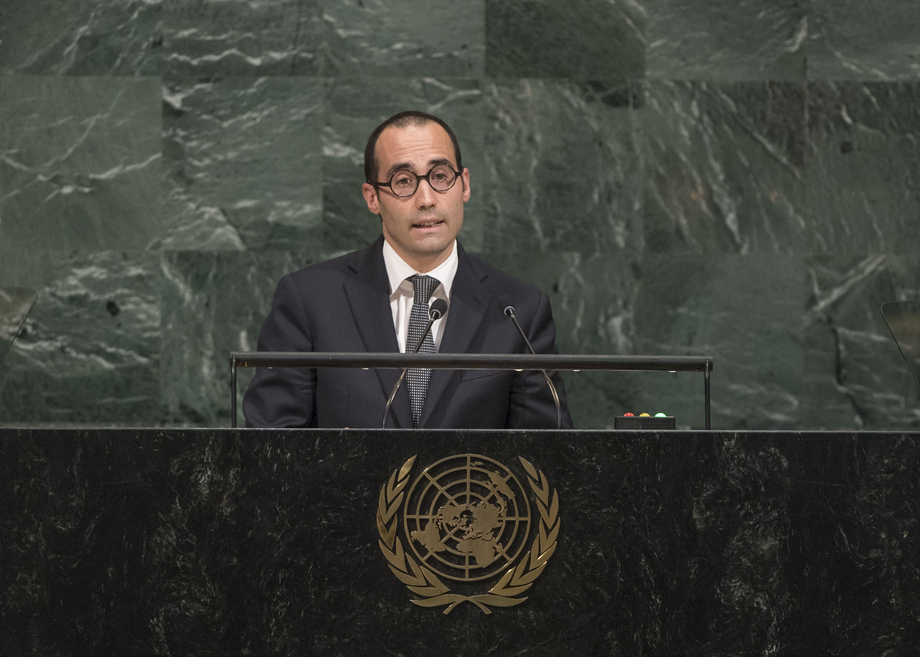 NICOLA RENZI, Minister for Foreign Affairs of San Marino, said the United Nations must adapt to new global challenges and opportunities.  San Marino called for Security Council reform that would make that organ more democratic, transparent, efficient and accountable.  His country also supported the Secretary‑General’s reform agenda.  Human rights were the raison d’être of the 2030 Agenda and the Sustainable Development Goals, he said, emphasizing that more had to be done for the 700 million people living in extreme poverty and experiencing malnutrition.

Gender equality must be a goal of the international community, but unfortunately, women remained victims of discrimination and violence in many parts of the world, including in most developed countries, he said.  In support of the Secretary‑General’s initiatives, San Marino had signed the compact to combat and prevent sexual abuse and exploitation in the context of United Nations peacekeeping missions.

He underscored his country’s support for the Secretary‑General’s initiative to strengthen conflict prevention and mediation.  In that regard, it would participate in an Italian initiative to create a network of women mediators in the Mediterranean area.  The Democratic People’s Republic of Korea’s nuclear programme was a threat to global security, he continued, stressing the need for a robust disarmament and non-proliferation policy.