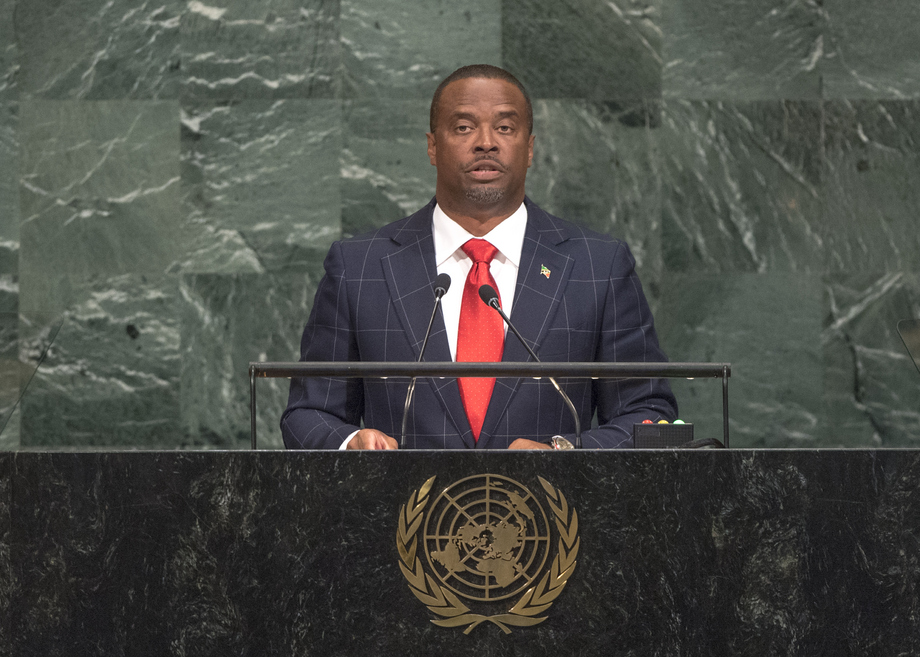 MARK ANTHONY BRANTLEY, Minister for Foreign Affairs of Saint Kitts and Nevis, said that the carnage caused by hurricanes Irma, Jose and Maria was unimaginable.  He also remembered the victims of the two horrific earthquakes in Mexico, and those in Japan and New Zealand.  The time had come for the world to treat those phenomena not as natural disasters but as the man-made disasters that they were.  The science was irrefutable.  Oceans continued to get warmer due to the continued abuse of the planet.  Warmer oceans fed and created storms like Irma and Maria.  Now more than ever, the world bore witness to the compelling need to support the call for a reduction in greenhouse gas emissions and all other actions and behaviours that aggravated the effects of climate change.

He condemned the “sterile analysis” of GDP per capita that had been used by international agencies to tell small island developing States that they were now middle- and high-income countries, and therefore locked out of accessing developmental assistance or affordable financing.  It was a travesty and a tragedy for the world community to witness such destruction caused by forces entirely out of the control of Caribbean nations, and then refuse to allow those nations access to the necessary resources to rebuild.  There had to be a more sensible and just model which considered the special vulnerability of small island States.

Condemning actions that had led to heightened tensions on the Korean Peninsula, he called upon all countries to respect and honour their solemn commitments under international law.  His country joined the international community in demanding diplomacy and dialogue instead of “sabre rattling and war mongering”.  Saint Kitts and Nevis stood proudly with its Caribbean and Latin American neighbours as a “zone of peace,” and he exhorted all members of the community of nations to expend every effort to create and promote peace.