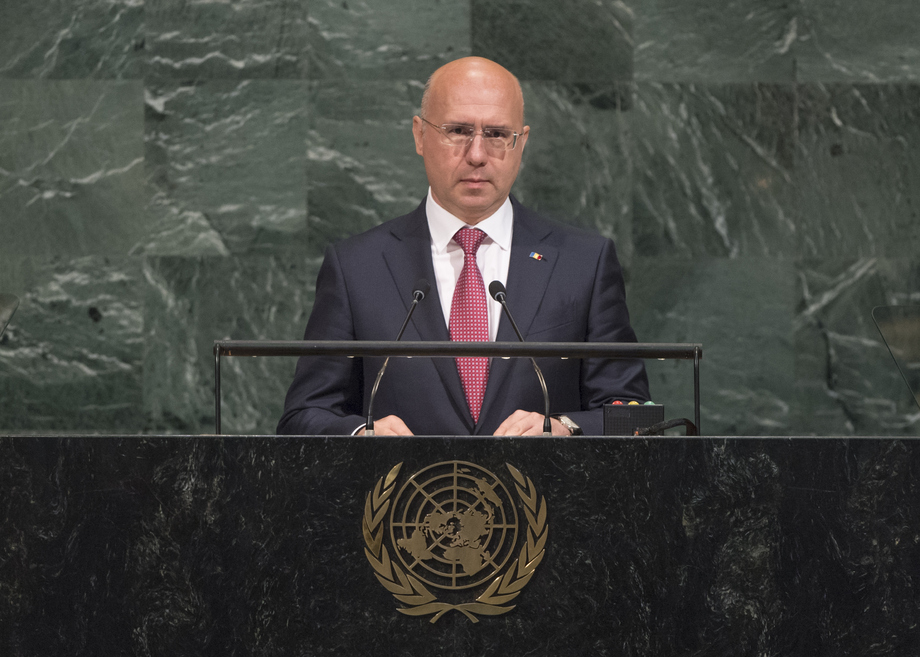 PAVEL FILIP, Prime Minister of the Republic of Moldova, reiterated support for the Secretary-General’s reform agenda, noting that his Government, after signing the June 2014 Association Agreement with the European Union, had engaged in structural reforms to build a modern society based on the European development model.  Efforts sought to consolidate the rule of law and create a market economy, as well as modernize infrastructure, manage resources efficiently, promote a green economy, update agriculture technology and reform public administration.  While the Republic of Moldova had the political will to implement those reforms, and it would continue to rely on support from its development partners, he said.

The lack of progress on ending conflicts should prompt more direct involvement from the United Nations, he said, irrespective of a situation’s inclusion on the Security Council agenda.  He welcomed the Assembly’s agenda item of “protracted conflicts in the GUAM [Georgia, Ukraine, Azerbaijan and the Republic of Moldova] area and their implications for international peace, security and development”, as proactive monitoring could prevent or counter attempts to change the political boarders of the GUAM States.  He expressed deep concern over the armed conflict in Ukraine, reiterating full support for that country’s territorial integrity and sovereignty.

He recalled that since 1992, the Republic of Moldova had informed the Assembly about the unresolved conflict in his country’s east, where “illegal” foreign military forces were stationed.  If all parties displayed the political will, the conflict could be resolved, however it persisted, despite 25 years of international efforts.  The Republic of Moldova would seek a solution regarding its sovereignty and territorial integrity, and provide special status for the Transnistria region, as stipulated in Organization for Security and Co-operation in Europe (OSCE) documents.  The settlement process could be underpinned by transforming the trilateral peacekeeping force into a multinational civilian mission with an international mandate.  To that end, the trilateral disengagement force, established by the Moldovan-Russian ceasefire agreement of 21 July 1992, had fulfilled its scope.

“This obsolete mechanism has turned into a factor of conflict preservation and has failed to ensure the full demilitarization of the security zone and to eliminate the obstacles to the free movement of people, goods and services,” he said.  The Russian Federation had not withdrawn its military forces from the Republic of Moldova, despite numerous international commitments and agreements.  Military forces conducted regular exercises in the Transnistria region with participation of paramilitary forces from the separatist regime in Tiraspol, posing a constant security threat to the Republic of Moldova.  The military drills were a flagrant violation of the 1992 ceasefire agreement.