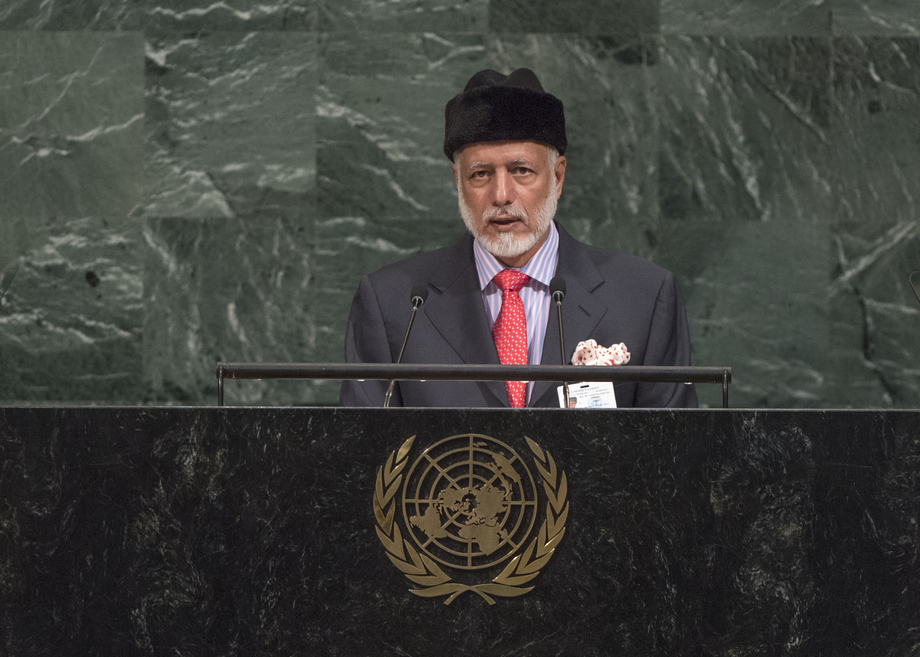 YOUSEF BIN ALAWI BIN ABDULLAH, Minister for Foreign Affairs of Oman, said his Government’s foreign policies were centred on supporting dialogue and close cooperation among all nations.  His country was committed to the principles of right, justice and equality, as well as non-intervention in the internal affairs of other States.  Dialogue was crucial in achieving peace and the United Nations had the responsibility for moving the peace process forward.

However, recent events had showed shortcomings of the international system, he continued.  Political and economic conflicts revealed a failure of the international system to support least developed countries, resulting in “global migration, chaos, upheavals, trouble and instability in many parts of the world,” he said.  Furthermore, the economic slowdown and a drop in global trade exacerbated problems in the developing world.

Ultimately, peace and sustainable development could only be achieved if Member States adhered to the principles of the United Nations Charter and avoided unilateral decisions and policies, he said.  It was crucial that the United Nations take the lead in moving peace processes forward and its agencies should play a more active role in development.