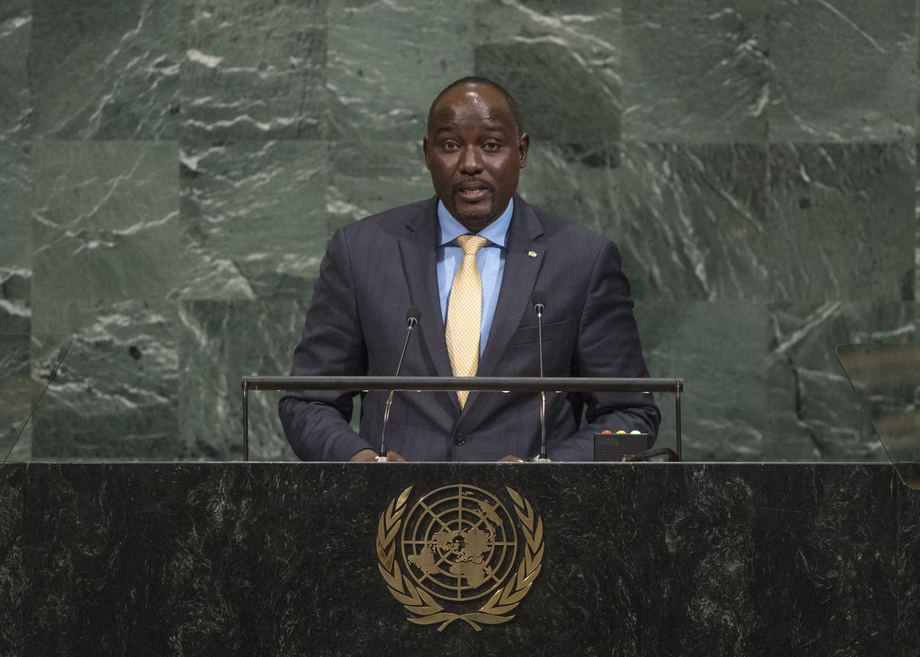 IBRAHIM YACOUBOU, Minister for Foreign Affairs, Cooperation, African Integration and Nigerians Abroad of Niger, said the Sahel and Saharan region was surrounded by instability.  Niger was facing a three-front battle with terrorist and trafficking networks.  Instability in Libya was contributing to the free flow of illicit arms, he said, calling for concerted international efforts to return stability to Libya.  While Boko Haram’s capabilities had been curtailed, the group still held pockets of influence in the Lake Chad Basin.  Boko Haram’s suicide attacks and sexual exploitation of women remained a primary concern for Niger.  The terror-trafficking nexus in northern Mali remained the main source of instability in the Sahel, he said, adding the Sahel G-5 joint force needed the backing of the United Nations Security Council in order to become fully operational.

Increased development assistance was needed to consolidate progress made in the face of security threats, he said.  Those threats, exacerbated by climate change, meant vulnerable nations required the assistance of wealthy countries.  Niger was implementing a new national development strategy and was planning to host a donors’ conference to secure assistance from Government and private sector partners.  Without greater cooperation, the Sustainable Development Goals would be “unattainable”, he said.  Member States had to recognize the strides made by Sahel countries to combat instability.  At stake was peace and security in the region and abroad.

Turning to the United Nations reform process, he said peacekeeping operations had to learn from their failings.  Current operations had not adapted to the asymmetric threats they now faced.  He called on the mandate of peacekeeping missions to be reviewed and modified.  Efforts had to be redoubled to assist the people of Palestine and end the abuses facing Rohingya Muslims.  To achieve those goals the United Nations and Security Council had to be revitalized and become more representative, he concluded.