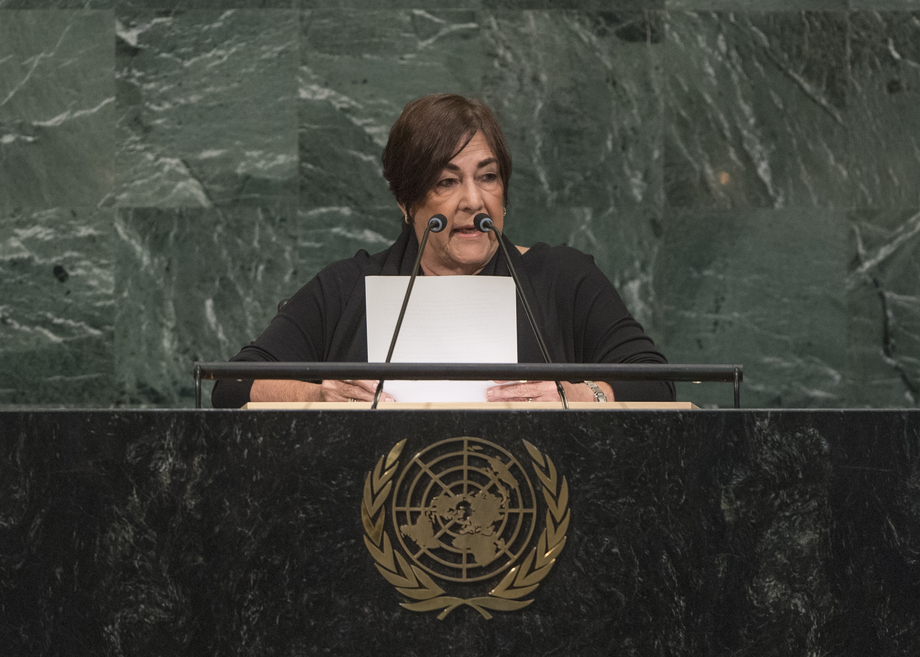 MARÍA RUBIALES DE CHAMORRO (Nicaragua) said the 2030 Agenda would have no meaning without political will and a commitment to solidarity.  A “re-foundation” of the United Nations was urgently needed, including reform of the Security Council to ensure that its composition and function reflected geopolitical and economic realities.  She called for more dynamic negotiations in that regard, adding that a negotiating text should be elaborated to ensure reforms advanced during the current session.  Ambitious action was also urgently needed to combat climate change.  Developed countries must change their unsustainable patterns of production and consumption, and fulfil financial and technology transfer commitments.  It was painful to see a revival of United States measures against Cuba, she said, rejecting threats of the use of force against Venezuela by the President of the United States.  She expressed best wishes for the successful implementation of Colombia’s peace agreement, and expressed solidarity with the peoples of Puerto Rico, Western Sahara and the Government and people of Syria.

Expressing great concern about the situation in the Korean Peninsula, she called for negotiations leading to the Peninsula’s denuclearization and reunification.  Unilateral coercive measures must be repealed if the Sustainable Development Goals were to be achieved, she continued.  It was imperative that no one be left behind and that included the 23 million people of Taiwan, which had the capacity to contribute to a wide range of United Nations programmes.  She went on to condemn the Nicaragua Investment Conditionality Act (NICA) of 2016, a bill before the United States House of Representatives, saying it would block her country’s access to poverty-fighting funding from international organizations.  Nicaragua hoped that the United States Congress would reject such legislation and approve compliance with a judgement by the International Court of Justice in The Hague ordering the United States to compensate Nicaraguans for acts of terrorism committed during the Reagan administration of former President Ronald Reagan.