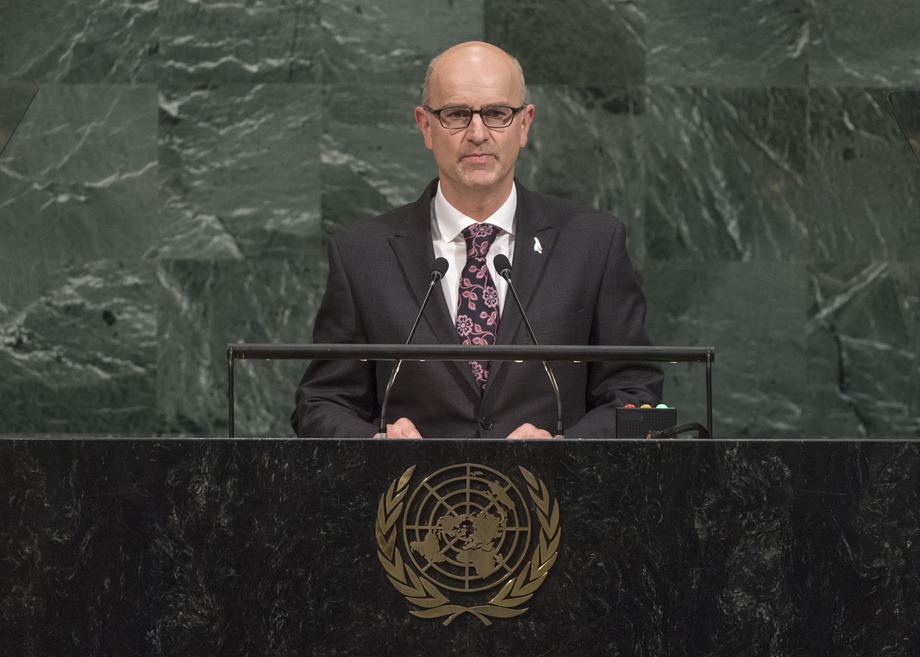 CRAIG HAWKE (New Zealand), describing his country as an “outward-looking nation” that relied on global stability for trade and the safety of its people, said recent activities in the Democratic People’s Republic of Korea were a most pressing challenge, as Pyongyang continued to disregard Security Council resolutions and the well-being of its own people.  The Council must take a strong, unified response, and he voiced hope that tensions would be defused and a path to dialogue found.  Recalling that New Zealand had, last week, signed the Treaty on the Prohibition of Nuclear Weapons, he went on to describe efforts to address the humanitarian situation in Syria.  Alongside Spain, Jordan and Egypt, New Zealand had managed to renew and improve cross-border access arrangements.  However, it had consistently raised concerns over the Security Council’s failure to bring about a political solution to that crisis.

In Iraq, New Zealand Defence Force personnel were working to strengthen the Iraqi forces in their battle against Islamic State in Iraq and the Levant (ISIL/Da’esh), he said.  While strides had been made, the group’s influence was not limited to Iraq and Syria, and defeating it in those countries would not spell its end.  New Zealand was working with others in its own region to ensure that such groups did not inflict similar suffering elsewhere.  He described New Zealand’s contributions to stability in Afghanistan as a member of the North Atlantic Treaty Organization’s (NATO) Resolute Support Mission, noting that Afghanistan’s future ultimately lay in the hands of its Government and people.  Also expressing strong support for the Paris Agreement, he said small island developing States faced unique challenges and vulnerabilities and pledged to assist them in the sustainable management of the ocean, including by making substantial investments to improve sustainable fisheries in the Pacific and reduce illegal, unreported and unregulated fishing.  He added that New Zealand had taken a lead role in advocating international reform of fossil fuel subsidies.