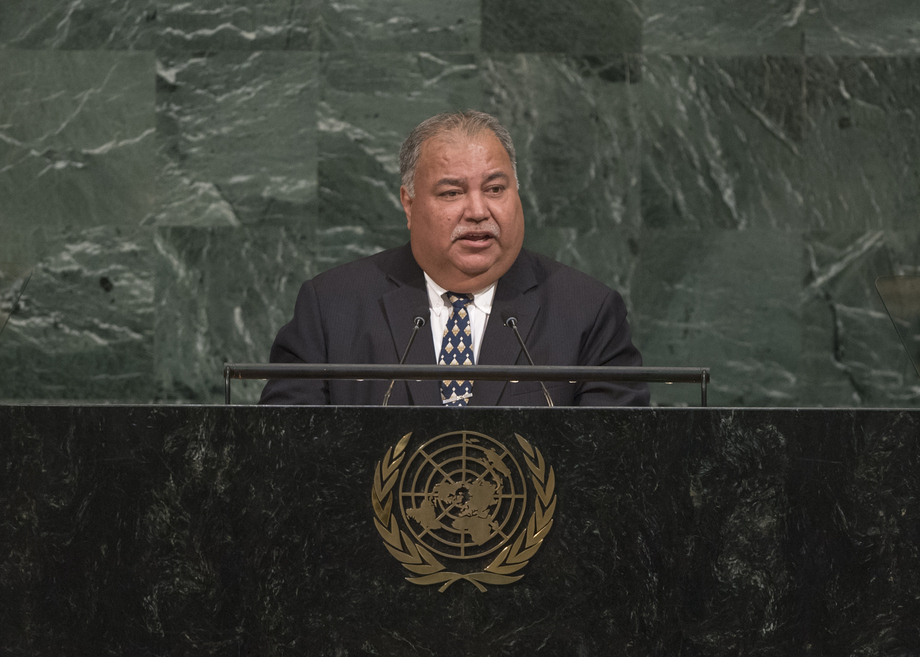 BARON DIVAVESI WAQA, President of Nauru, said that small island developing States represented a special case for development due to their small size and population, few natural resources and vulnerability to economic and environmental shocks.  The global economic system had not been created with them in mind, he added.  While developing countries had demonstrated the political will to engage in climate action, most of them lacked resources and called upon friendly countries and partners to provide assistance and reinforce partnerships on the basis of such national priorities as renewable energy, land rehabilitation, water security and strengthening infrastructure.

He warned that the failure to realize the Paris Agreement goal of maintaining warming below 1.5°C would be devastating for small islands, describing climate change as their defining security challenge of the century.  Nauru supported the proposal by the Pacific Small Island Developing States to appoint a United Nations Special Representative on Climate and Security, he added.  The prosperity of Nauru’s people depended on ensuring the health of the oceans, he continued, emphasizing that small island developing States must be taken into account in the consideration of all ocean matters.  Nauru called for the convening of an intergovernmental conference to draft a new implementing agreement on the preservation of oceans.

Illegal and unregulated fishing was a threat and an economic loss to Nauru’s economy, he continued, stressing the need to reinforce security on the oceans.  To that end, he called upon the country’s partners to continue existing programmes and partnerships, saying he looked forward to partnering with other law enforcement agencies throughout the Asia-Pacific region and beyond.  He also underscored the difficulty of accessing the funding mechanisms of many international programmes, while describing private investments as unreliable.  Nauru needed a capacity-building effort backed by real resources, including the presence of development partners when necessary, he stressed.

Describing Taiwan as a State with the technical and financial capacity to make contributions to world peace and development, he said that country wished to engage in the partnerships and activities of the United Nations system.  The Taiwanese people must be given the freedom to travel, he added.  He also reiterated calls for an end to the economic, commercial and financial blockade imposed by the United States against Cuba.